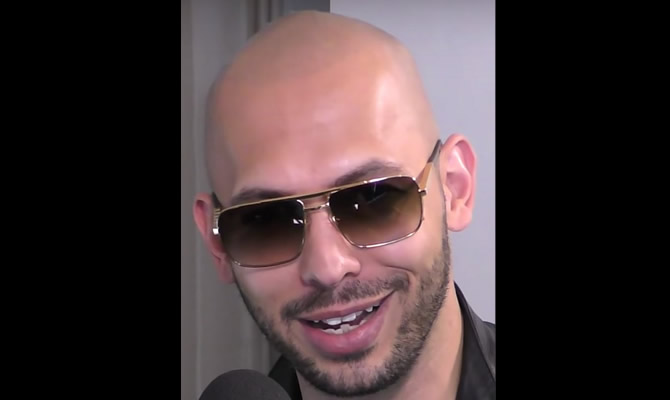 Parent company Meta has removed the accounts of controversial influencer Andrew Tate from its Instagram and Facebook platforms.

Instagram and Facebook have today, Friday, August 19, banned Andrew Tate, the Controversial influencer from their platforms. Parent company Meta claimed Tate had ‘violated its policies’. They added that he will not be allowed to create any new accounts after removing his existing accounts from both social media platforms, as reported by news.sky.com.

Tate rose to fame on the reality TV show Big Brother back in 2016. While ‘in the house’ a clip of him resurfaced online which resulted in his removal from the show. He claimed that the video had been edited, but it appeared to show him using a belt to attack a female.

He has since gained notoriety for posting often offensive or outrageous comments online. One such instance included Tate claiming that women who have been assaulted “bear some responsibility”.

His removal by Meta was well-received by various campaign groups who have previously criticised Tate. Ruth Davison, the chief executive of ‘Refuge’, the women’s safety campaign said: “This is the kind of decisive action needed to tackle the online radicalisation of young men towards a violently misogynistic world view”.

“The same kind of action is now needed outside of high-profile cases like this” Our comment on why social media companies are right to act on content that pushes young men towards a violently #misogynistic worldview >> https://t.co/hFZzq704Ya https://t.co/RBlEeFhXjX

Another online campaign group, ‘Hope Not Hate’ welcomed Meta’s ‘swift’ action, but questioned why TikTok had not also removed him.

We still need @tiktok_uk to act though, so join the campaign today:https://t.co/ZdtJKCtKRZ

In an exclusive interview this evening with MailOnline, Tate responded to his Instagram and Facebook bans by telling them: ‘It is very unfortunate that old videos of me, where I was playing a comedic character, have been taken out of context and amplified to the point where people believe absolutely false narratives about me’.

‘In the last two weeks I dedicated over 1million dollars to charities supporting women. I posted this on Instagram, but Instagram ignored it’, Tate explained.

‘Internet sensationalism has purported the idea that I’m anti-women when nothing could be further from the truth. This is simply hate mobs who are uninterested in the facts of the matter trying to personally attack me. They twist facts and produce fancy documents full of half truths and lies to attack people they don’t like’

‘I will always have millions of fans around the world and my platform would be a beacon of light, teaching people of all genders and races how to respect one another for years to come. Now these fans can not learn important lessons of love. Why?’.

You can click here to read tate’s full response to MailOnline.