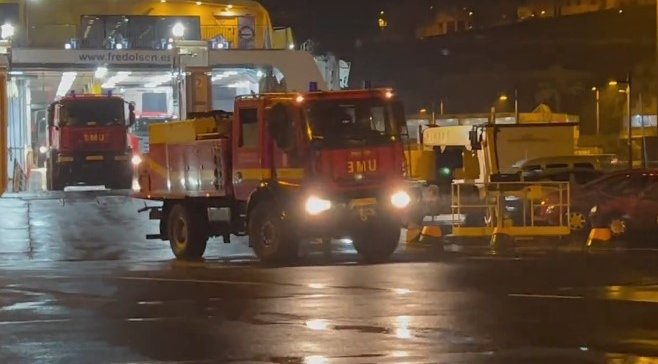 Three of the Canary islands have been issued with red alerts for heavy rain by AEMET, the State Meteorological Agency, as tropical storm Hermine approaches.

Tropical storm Hermine has put the Canary Islands on high alert this weekend, with three islands placed on red alert for extreme rainfall. So far this Saturday, September 24, there have been at least 100 incidents including landslides and power outages on some of the islands.

Hermine is expected to wreak havoc tomorrow, Sunday 25. The rain is forecast to intensify from midday and will probably last throughout the day according to AEMET, the State Meteorological Agency. The islands face receiving 15 times their normal September rainfall in only three days.

El Hierro, the east of La Palma, and the south of Gran Canaria have all been issued with red alerts, while the rest of the archipelago will be orange. Those under red warnings have been told to expect accumulated rainfall in the region of 150 litres/m².

David Morales, from AEMET, Marta Moreno from the Civil Protection, and Angel Víctor Torres, the president of the Canary Islands have all confirmed that the weather is following the predicted pattern. High areas of La Palma and Tenerife have experienced rain today, in a “sustained, constant, and not strong way”, they reported.

All eight airports of the Canary archipelago have remained in operation throughout Saturday, although La Gomera has been left without connections with Tenerife and Gran Canaria, and ten flights at Tenerife North airport were diverted, mainly due to lack of visibility.

The nucleus of Hermine is expected to be in its closest proximity to the Canary Islands from 11pm Sunday, until 11am on Monday 26, as reported by 20minutos.es.