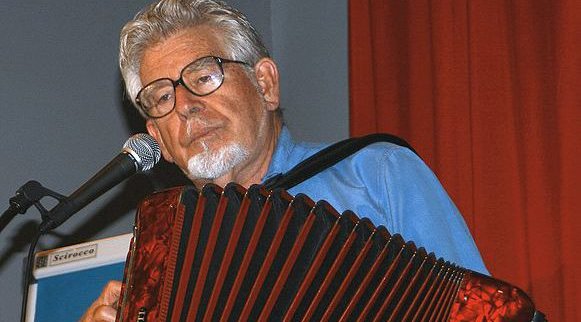 19:10 (October 5) – Rolf Harris is understood to be suffering from neck cancer and is unable to eat normal food according to the latest update on his health.

An update on his condition today suggests that the former star and convicted paedophile is only receiving medical visitors as they continue to provide care for the 92-year-old. Reports suggest that his condition is worsening and that he is gravely ill and unlikely to live much longer with the cancer said to be untreatable.

08:51 (October 5) – Convicted paedophile Rolf Harris is said to be gravely ill according to friends and neighbours, who say he is receiving round-the-clock care.

A report by the Australian Daily Telegraph on Wednesday, October said that the 92-year-old rarely leaves his home and is relying on nurses and carers.

Harris, who was released from prison five years ago, lives with his wife Alwen Hughes in Berkshire. She has Alzheimer’s and is also receiving care.

A neighbour Portia Wooderson said: “Only carers and nurses, who care for him 24 hours, come and go. I’m told he can’t eat anymore.”

Wooderson’s comments have been confirmed by author William Merritt who said Harris was “gravely ill.” He added it was difficult to understand him when he communicates.

Speaking to the Mirror he said: “As far as his health goes, yes, he is very ill. But, Rolf keeps going. He’s still around but he’s not well at all.”

He added Harris is always the entertainer: “As soon as one of two people walk into the room, he turns into a big kid again. He’s an artistic type, and he’ll try to perform on cue, even when he’s unwell.”

According to other neighbours, Harris and his wife are effectively housebound with the couple reliant on carers.

Harris, who has not spoken publicly since his release from jail after serving three of his five years and nine-month sentence, said in Merritt’s 2022 book: “I understand we live in the post-truth era and know few will want to know what really happened during the three criminal trials I faced.

“It’s easier to condemn me and liken me to people like Saville and Glitter.

“I was convicted of offences I did not commit in my first trial. That is not just my view but the view of the Court of Appeal who overturned one of my convictions. I had already served the prison sentence by the time of the appeal.

“I changed my legal team after the first trial, and I was told that if the truth was out there, William (Merritt) would find it and he did.

“The evidence he found proved my innocence to two subsequent juries.

“I’d be in prison serving a sentence for crimes I did not commit if it were not for William’s investigation. It is difficult to put into words the injustice that I feel.”

Unrepentant the paedophile Rolf Harris is said to be “gravely ill”, news that will be welcomed by his victims and families who always felt they did not get the justice they deserved.

Originally from South Africa, Peter is based on the Costa Blanca and is a web reporter for the Euro Weekly News covering international and Spanish national news. Got a news story you want to share? Then get in touch at [email protected]news.com.