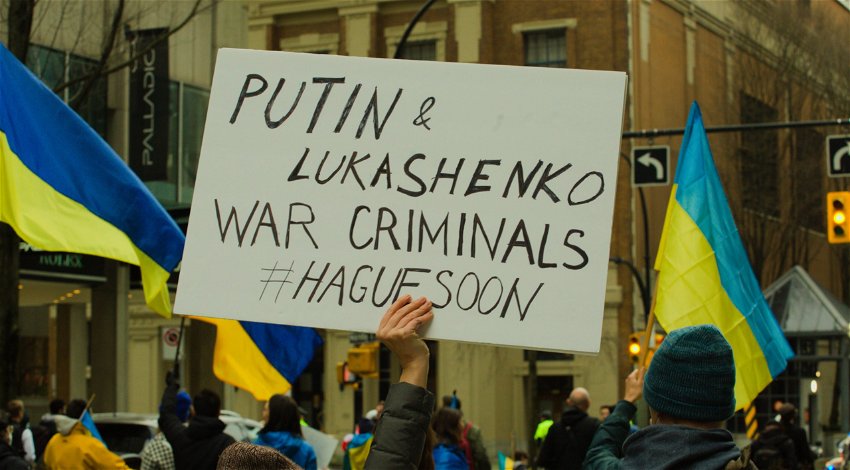 FINLAND’S Member of Parliament and Vice-Chair of the Finnish Delegation to the Council of Europe, Anne-Mari Virolainen, has called for Russian war criminals in Ukraine to be brought before an international court.

Speaking at the Parliamentary Assembly of the Council of Europe in Strasbourg, France, on Thursday, October 13, Virolainen said Russian war criminals in Ukraine to be brought before an international court and called Russia a “terrorist state.”

“As Ukraine demonstrates Russia’s incompetence on the battlefield, the Russian regime has started to behave like a terrorist by destroying Ukrainian infrastructure and killing civilians. Russia must therefore be designated a terrorist state,” Virolainen said.

The assembly was dedicated to debating the escalation of Russian military action in Ukraine.

Prior to the debate, Ukrainian President Volodymyr Zelensky addressed the Assembly by video link and reiterated his proposal to establish an international tribunal to investigate Russian war crimes.

In his speech, Virolainen asked the Council of Europe to support the establishment of the tribunal proposed by Mr Zelensky.

“The perpetrators must be held accountable for their actions and peace talks can only begin on Ukraine’s terms. Our support for Ukraine is as unshakeable as a rock,” she said.

“Ukraine must be supported by all means necessary to push Russia out of an independent and sovereign country and to rebuild Ukraine.”

On Monday, September 26, Ukraine’s Ministry of Defence shared an image of another alleged Russian torture chamber, which was uncovered in the de-occupied territories near Kharkiv.

“Another Russian torture chamber in the de-occupied territories near Kharkiv,” Ukraine’s Defence wrote on Twitter.

“This is what a Russian electric chair looks like,” it added.

“Only this is not an instrument of justice for criminals, but a tool for Russian executioners and sadists who tortured Ukrainians.”

The Security Service of Ukraine (SBU) noted that they found the ‘torture chamber’ in the “recently liberated village of Lyptsi in the Kharkiv region.”

“The torture chamber, which the invaders called “basement”, was arranged in the building where the so-called “people’s militia of LNR” was located,” the SBU said.

They added: “Militants of this terrorist organization and Russian military illegally imprisoned their local residents who supported the territorial integrity of Ukraine and refused to cooperate with the enemy.”

According to the SBU, Russian soldiers used brutal torture on the prisoners, after which they forcibly took them to the territory of Russia.