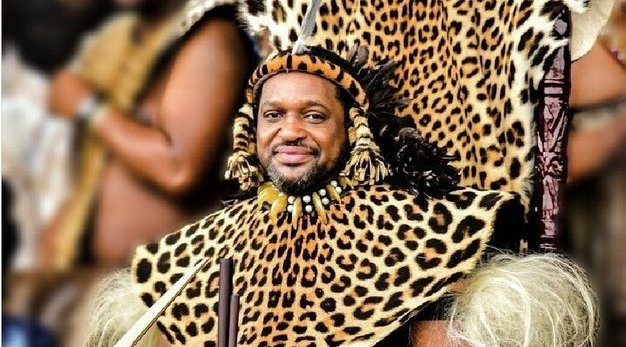 A new Zulu king was crowned on Saturday, October 29 nearly two years after the passing of King Goodwill Zwelithini in March 2021.

Misuzulu Zulu was formally recognised by South Africa’s President Cyril Ramaphosa at an event attended by tens of thousands.

King Zewlithini ruled for more than 50 years and appointed his third wife as his successor, but a family feud ended in the courts after she died soon after.  In her will she had named her son Misuzulu as her successor, which did not go down well with the rest of the family.

Misuzulu, one of 28 children fathered by the no deceased king, gets to take over the largest, most powerful and wealthiest of the tribes making up more than a fifth of the county’s population.

The coronation was attended by other royalty from the region as well as key politicians from South Africa’s ruling elite.

The Handing Over Of The Certificate Of Recognition to King Misuzulu KaZwelithini By President Cyril Ramaphosa. https://t.co/56dVsZdCcA

Attendees were treated to the best of Zulu culture with Amabutho, royal regiments clad in traditional skirts who sang songs of praise for their king.

Brightly coloured broad-brimmed Zulu hats and traditional wraps were donned by the women, while young girls in pleated skirts and beads danced on the terraces in the 85,000-seat Moses Mabhida stadium.

Misuzulu means “strengthening the Zulus” something the nation will hope that he can do, with the warlike tribe having a reputation for dealing with such issues in more traditional ways.

The crowning of the new Zulu king comes a time when the country is facing serious economic challenges and soon after floods wreaked havoc in parts of Zululand. South Africans will hope that he can help rebuild the country and heal the political rifts of the past.