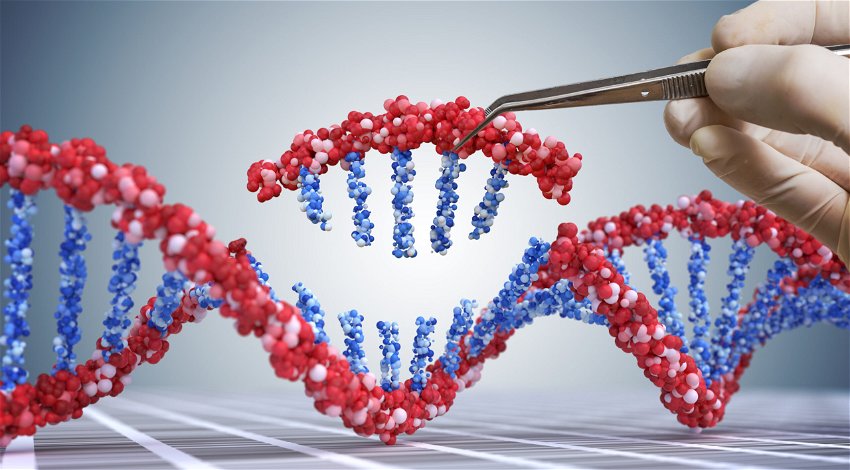 THE UK is set to introduce the ‘Genetic Technology Bill’ which will “take on most pressing environmental problems of our time” and will cover precision-bred plants and animals developed through techniques such as gene editing.

The UK’s ‘Genetic Technology Bill’, which will cover precision-bred plants and animals developed through techniques such as gene editing, is “legislation to unlock new technologies to boost food production and support farmers to grow more productive crops,” according to the UK government.

A third reading of the Bill is scheduled for Monday, October 31 is expected to be introduced in the House of Lords the following day – “paving the way for Britain to become the best place in the world to invest in agri-food research and innovation.”

According to GOV.UK, “by introducing a more proportionate and science-based regulatory system for precision-bred plants and animals, it will unlock opportunities to develop crops that are more resilient against disease and the effects of climate change such as drought and flooding, and less reliant on pesticides.”

Farming Minister Mark Spencer said: “We are already seeing how new genetic technologies can increase yields, make our food more nutritious and result in crops that are more resistant to disease and weather extremes.

“British scientists are leading the world in precision breeding and this Bill will put Britain at the forefront of agri-research and innovation – opening the door for more investment and continuing our work to provide farmers with the tools they need to innovate and use new, smart technologies.”

The Genetic Technology (Precision Breeding) Bill covers precision-bred plants and animals developed through techniques such as gene editing, where genetic changes could have occurred naturally or through traditional breeding methods.

This is different to genetic modification (GM), which produces organisms containing additional genes.

“While there is great potential for increasing innovation, the government recognises that there is a need to safeguard animal welfare in the new regulatory framework,” the UK government said.

“That is why we are taking a step-by-step approach, enabling use of precision breeding technologies with plants first followed by animals later.”

Defra’s Chief Scientific Adviser Gideon Henderson said: “This is an important time for agricultural science. The ability to use gene editing to make precise, targeted changes to the genetic code of organisms, in a way that can mimic traditional breeding, enables development of new crop varieties that are more resistant to pests, healthier to eat, and more resilient to drought and heat as climate changes.

“For centuries, traditional breeders have made use of our understanding of genetics to breed plant varieties with desirable characteristics.”

“Precision breeding is a powerful and important tool to help us tackle the challenges of biodiversity and climate change, while feeding a still growing global population.”

Professor Nigel Halford, Crop Scientist at Rothamsted Research, said: “It is tremendously exciting to see this Bill progress to the House of Lords because it will pave the way for this powerful technology to be used in crop improvement rather than just research.

“We are already behind much of the world in the application of precision breeding techniques and we are keen to see the Bill become law as soon as possible.”

Opportunities brought by the new legislation: