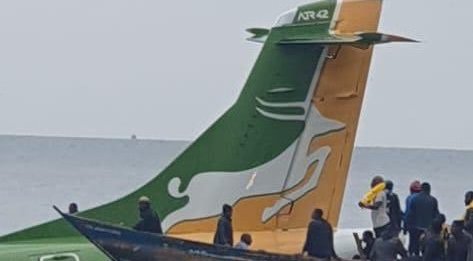 AT least 19 people have died after a passenger plane crashed into Lake Victoria in Tanzania on Sunday, November 6.

UPDATE 4.18 pm (November 6) – According to the country’s Prime Minister Kassim Majaliwa, the death toll following the passenger plane in Tanzania’s Lake Victoria has risen to 19.

🚨🇹🇿 #Tanzania At least 19 people died after a passenger plane landed in Lake Victoria instead of the airport. pic.twitter.com/WqVTOyhPSe

UPDATE 2.50 pm (November 6) – Three people have died as a result of the passenger plane crash in Tanzania, East Africa on Sunday, November 6.

According to fire and rescue services, three people were killed in a plane crash in Tanzania’s Lake Victoria.

UPDATE 12.27 pm (November 6) – At least 17 people are still missing from a plane crash in the East African country of Tanzania.

According to local media reports, around 17 people still remain missing from the passenger plane which crashed into Lake Victoria in Bukoba in Tanzania’s Kagera region on Sunday, November 6.

Varied reports about the number of passengers onboard have been circulating since the crash occurred.

However, according to Kagera regional chief Albert Chalamila, the plane of the state-owned Precision Air was carrying 39 passengers and four crew when it crashed early this morning into the lake.

He told Tanzanian state broadcaster TBC that 26 people had been rescued so far and were receiving medical attention at the Kagera Regional Referral Hospital.

Chalamila said the plane, which was travelling from the Tanzanian commercial capital Dar es Salaam to Bukoba via Mwanza, reportedly crashed into the lake shortly before attempting to land at Bukoba airport.

According to initial reports from security forces, the plane crashed due to heavy rains and strong winds.

Rescue workers are still searching for the remaining passengers of the twin-turboprop ATR 42-500.

The country’s president, Samia Suluhu, tweeted: “I send my condolences to all those affected by this accident. Let us remain calm as the rescue operation continues while we ask God to help us.”

UPDATE 10.33 am (November 6) – Multiple people have been rescued after an ATR 42-500 passenger plane crashed in Tanzania, which was forced to make an emergency landing in Lake Victoria due to reported bad weather.

According to local media outlet NRK.no, following the crash of the Precision Air aircraft into Lake Victoria in Tanzania, 15 people have reportedly been rescued.

The Precision Air aircraft, which was heading from Dar es Salaam to Bukoba, is said to have had 49 people on board at the time of the crash.

Rescue efforts are still underway, an eyewitness to the incident added.

There are no official reports of casualties or fatalities at this time, and an investigation is underway.

ORIGINAL 9.40 am (November 6) – A passenger plane has crashed into Lake Victoria in Bukoba in Tanzania’s Kagera region, as reported on Sunday, November 6.

According to local reports, a Precision Air passenger plane has crashed into Lake Victoria in Tanzania in East Africa.

JUST IN: A plane has crashed into Lake Victoria in Bukoba in Tanzania’s Kagera region. Rescue efforts are underway. The plane belongs to Precision Air. #PrecisionAirCrash pic.twitter.com/Q5wfjbOB2T

“Precision Air flight number PW 494, flying from Dar es Salaam to Bukoba, crashed while approaching Bukoba airport. A rescue team was dispatched to the scene,” the airline said in a statement on Twitter.

Notice to the public pic.twitter.com/QvdMGeMynq

According to Agence France-Presse, the plane crashed due to bad weather conditions.