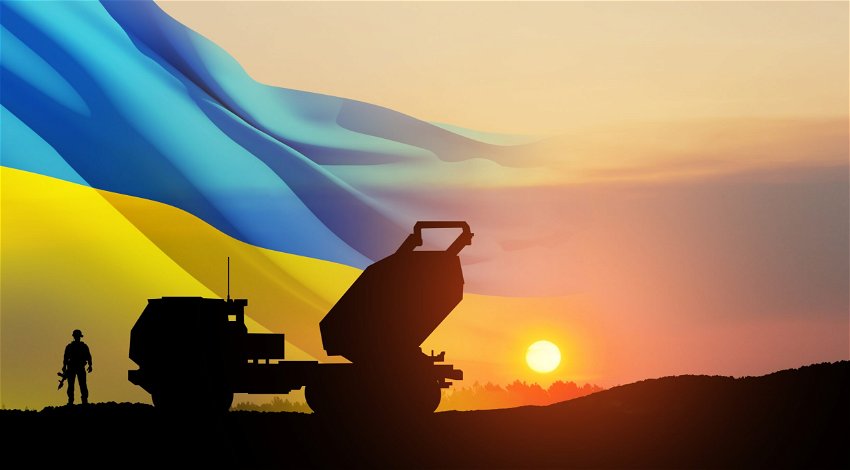 Image of Ukrainian flag with a HIMARS in the foreground. Credit: Hamara/Shutterstock.com

A new law passed in Ukraine has allowed the government to seize all the assets of some of the country’s top businessmen.

Several wealthy Ukrainian businessmen who own some of the largest companies in the country woke up this morning, Monday, November 7, to discover that the government had taken control of all their assets.

Citing sources in the National Commission for Securities and the Stock Market, as well as minority shareholders of Ukrnafta, the nationalisation was reported in today’s Ukrainian edition of Ekonomicheskaya Pravda.

An official announcement about the transfer of assets to the state subsequently appeared on the website of the National Securities and Stock Market.

It was emphasised that the process of nationalization became possible thanks to a law adopted in September on the forced seizure of property under martial law or a state of emergency. The decision was made at a meeting of the Headquarters of the Supreme Commander of Ukraine on November 6.

“On November 6, the National Securities and Stock Market Commission made a decision to ensure the compulsory alienation of the shares of PJSC Ukrnafta, PJSC Ukrtatnafta, JSC Motor Sich, PJSC AvtoKrAZ, and PJSC Zaporizhtransformator into state ownership”, said a statement.

“Thus, the regulator allowed the write-off of the shares of these enterprises from the accounts of individuals into the ownership of the state”, added the newspaper.

According to Yaroslav Zheleznyak, the deputy of the Verkhovna Rada, the law ‘On forced alienation’ provides for ‘compensation for forcibly alienated property under the legal regime of martial law, followed by full reimbursement of its value over the next five budget periods’.

During today’s briefing, Oleksiy Danilov, the secretary of the National Security and Defence Council of Ukraine, announced that the assets of Ukrnafta, Ukrtatnafta OJSC, Motor Sich JSC, AvtoKrAZ PJSC and Zaporizhtransformator PJSC, were being transferred to the Ministry of Defence.