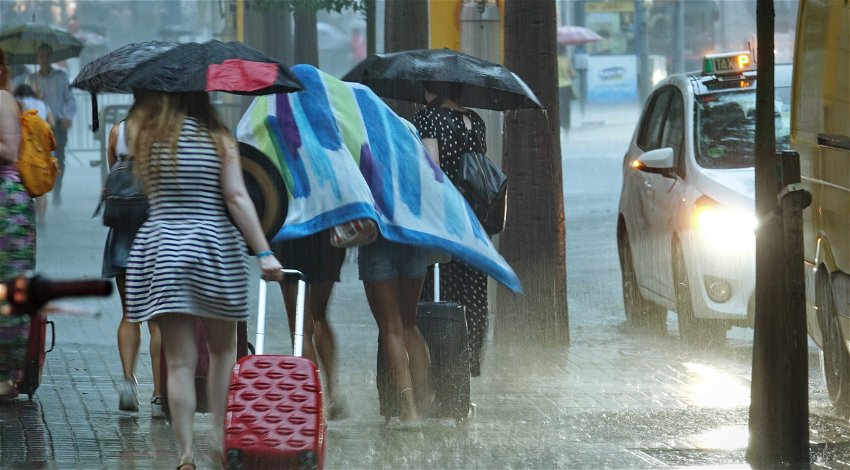 DANA is expected to hit Andalucia on Friday, November 11 and floods have been predicted for the provinces of Almería, Granada and Cádiz, according to Spain’s State Meteorological Agency (Aemet).

According to Aemet, the DANA will be located over the south of the Peninsula and in the Mediterranean area, winds from the sea and stormy showers are expected in the south of Catalonia, Valencia, Murcia, the east of Castilla-La Mancha, the far east of Andalucia and the Balearic Islands.

In fact, heavy and persistent rainfall will begin from November 11 onwards in the Valencian Community, which will put this region on orange alert.

The Aemet is planning to announce yellow warnings for coastal phenomena in the provinces of Cádiz, Granada and Almería on November 11.

The province of Cádiz is expected to issue a yellow warning after a swell was detected in the area of the Strait of Gibraltar at around 6 am.

A force seven easterly wind is expected to blow throughout the day, according to the Aemet.

A yellow warning for coastal phenomena could affect the coastlines of Granada and Almeria from 2 pm and throughout the day when winds are expected to blow from the east and northeast at 50 to 60 kilometres per hour with force seven.

In addition to Andalucia, five other autonomous communities in the east of the peninsula and the Balearic Islands will be at risk on November 11 (yellow warning) or at significant risk (orange warning) of heavy or persistent rain, heavy storms or coastal phenomena, according to Spain’s State Meteorological Agency.

The Aemet has activated an orange warning for rainfall that could accumulate up to 40 litres per square metre in one hour in Castellón, Valencia and the islands of Ibiza and Formentera, and the latter is also warned of a significant risk of storms.

A yellow warning for rain and storms will remain active in Mallorca, Murcia, Alicante, Valencia, Castellón, Tarragona, and Teruel.

Rainfall is set to be heavy and/or persistent in the Valencian Community, in the extreme south of Catalonia, east of Murcia and the western half of the Balearic Islands and will be very heavy on the Valencian coast.

Temperatures are excepted to drop as winds from the east become more intense on the Mediterranean coast as they increase to strong in the eastern Mediterranean.