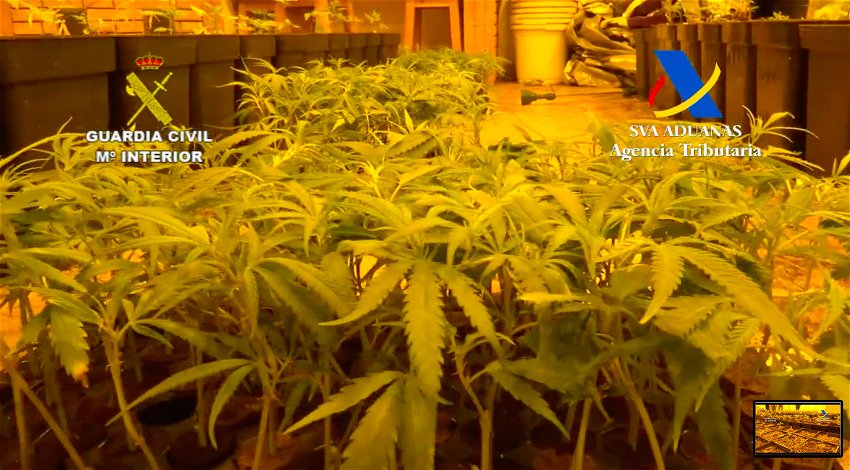 TEN people have been arrested for drug trafficking, money laundering, and belonging to a criminal organisation in Zaragoza.

Guardia Civil officers have seized more than a ton and a half of hashish and up to 92 kilos of marijuana.

The gang “moved the drug to different European countries inside trucks that had double bottoms” to hide their wares.

The members of this network kept “strong security measures” in each transport, say GC officers.

Some trips were “made with very studied logistics in each of the routes”, using “legal transport companies in whose trucks they would introduce the narcotic substance inside pallets, hidden among the legal merchandise or in double bottoms.”

The alleged head of the drug trafficking network – a resident in Zaragoza – created a network of companies related to transport and real estate to try to provide the necessary infrastructure.

For this, it had rental services for different vehicles and hotel accommodations. These companies were also “a means of money laundering”.

Starting in April, the Lorenmau operation concluded with the seizure of 1,560 kilos of hashish and 92 kilos of marijuana.

The inspection took place on the N-240 in the municipality of Siétamo.

After these arrests, the Zaragoza EDOA specialists located a warehouse in an industrial estate in La Cartuja that was being “used as a drug store”.

The agents allegedly found a total of five containers with some cartons impregnated with diesel – to confuse the detection dogs – that covered hashish and marijuana.

Allegedly, inside were a total of 30 bundles of hashish, distributed in tablets, whose weight amounted to one ton, and 92 kg of marijuana that was in 74 heat-sealed plastic bags.

In the searches carried out in the homes and vehicles of the detainees, the agents reportedly intervened more than ten thousand euros, seven vehicles, indoor marijuana cultivation that housed 336 plants, and seven complete planters of 100 plants each, of cannabis sativa.

The investigation is still open and more arrests are not ruled out.