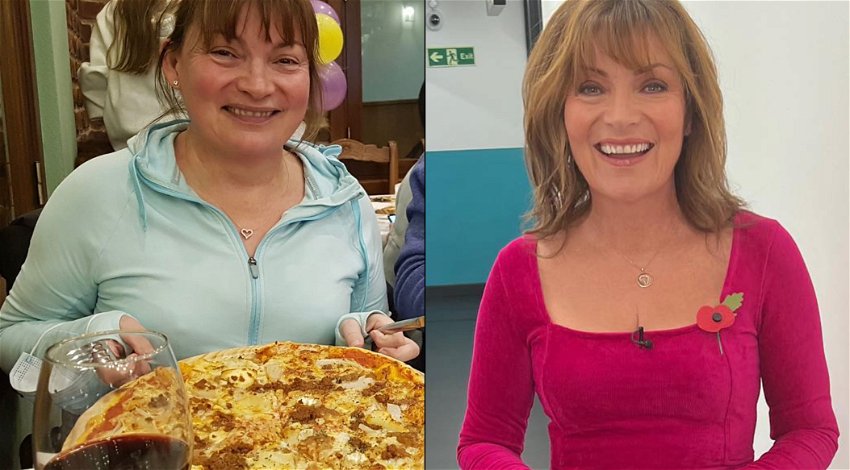 ITV star Lorraine Kelly has shown off her amazing weight loss saying she “can’t believe” the before and after photos are of her – but it appears to have backfired somewhat.

The host of ITV morning show Lorraine posted her incredible weight loss transformation on social media, revealing to fans how she did it.

The 62-year-old uploaded an old photo of herself looking rounder in the face with a big grin on her face before she started to tuck into a huge cheesy pizza.

It is a marked difference from the second photo she uploaded, which sees her in a slinky pink dress and low heels.

The popular host said she feels “happier and healthier” thanks to her new lifestyle, which includes sticking to a healthy eating plan with the help of an app to track her sleep and exercise.

Her TV pals from Good Morning Britain responded to her post with congratulations.

Christine Lampard, who often fills in for Lorraine when she’s on holiday, replied with five flame emojis.

However, not everyone was so supportive – some followers criticised Lorraine for using a “misleading” old photo for a paid partnership promoting a weight loss brand.

A second agreed: “Using an old old photo is very misleading, as your teeth have changed too! These days you need to be more transparent, people can spot when others aren’t truthful.”

A third posted: “I’m wondering how old the first pic is though, I think you’ve lost more than a stone and a half between the taking of the photos you’ve chosen.”

Another added: “You look lovely in both but I think you look happier in the first one.

“I’m assuming that this is a paid partnership but don’t forget, slimmer doesn’t equal happier and healthier for most people. Hopefully, it does for you though.”