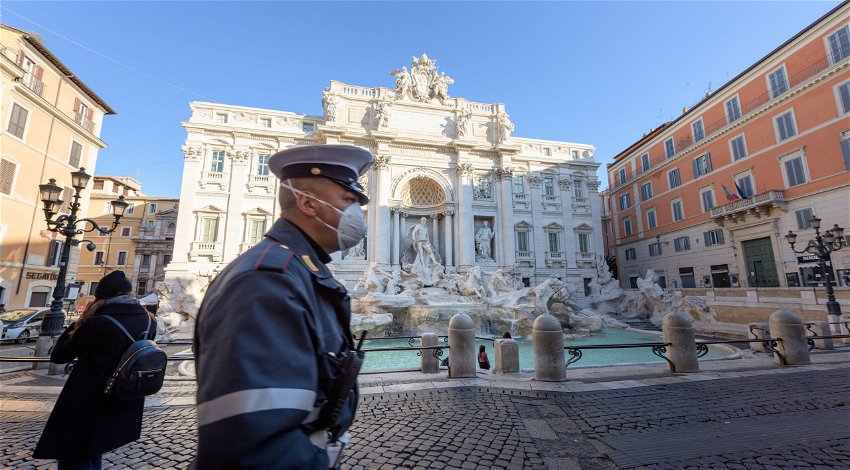 Italy’s Minister of Health has today said he believes fining those who refuse to receive Covid vaccinations does more harm than good – as collections of fines rarely take place.

Speaking on an Italian radio station this morning (Friday December 2), Orazio Schillaci said examples of other European countries which introduced fines for those who failed to come forward for their vaccine rarely collected payment for the fines.

Schillaci, just two months into his new job as Italy’s Minister of Health in Giorgia Meloni’s right-wing government, cited Greece and Austria as the only two countries in Europe which had introduced fines for members of the public who fail to get their vaccination.

In November last year, the Greek government announced that those over 60 would be fined €100 a month if they failed to get vaccinated or book an appointment for vaccination by mid-January 2022.

Health officials in the country reported that this announcement saw the take-up in vaccinations in Greek pensioners skyrocket to 90 per cent.

In Austria, meanwhile, adults in the country were threatened in January this year with fines of up to a staggering €3,600 from mid-March if they refused to have their Covid jab.

Germany’s chancellor, Olaf Scholz, had also attempted to push through mandatory vaccinations for coronavirus in April this year, but his mandate was rejected in a parliamentary vote.

However, 56-year-old Schillaci insisted that neither Austria nor Greece had acted on their threats to fine unvaccinated members of the public.

Speaking on the show Radio anch’io on Italian station Rai Radio 1, he said: “Requesting fines could cost the State more than what could result from them…

“The issue of fines [for unvaccinated people] essentially concerns the Mef (Ministry of Economy and Finance), and it seems to me that in this regard there is a parliamentary initiative, an amendment…

“I simply want to remind you that in Europe only two states introduced fines; Austria and Greece.

“[But], in reality, [neither] of these two states that had introduced fines for those who did not get vaccinated then actually went to collect [the fines]”.