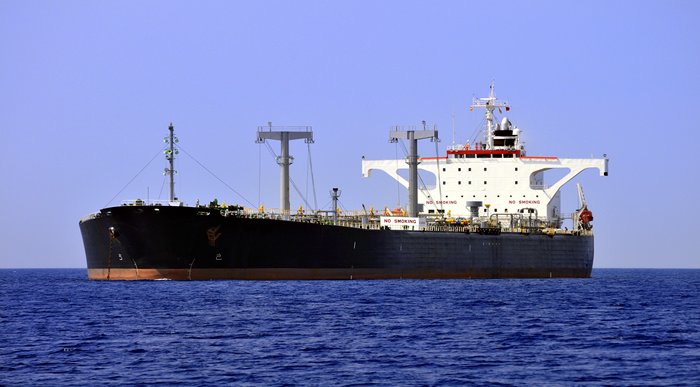 The Bosphorus and Dardanelles straits off the coast of Turkey are reportedly clogged with oil tankers that can not move since the oil cap came into force.

A blockage of oil tankers has formed in the Bosphorus today, Thursday, December 8, off the coast of Turkey. This situation was first reported on December 5 by The Guardian, which said that 19 ships were stuck in traffic.

“A traffic jam of oil tankers formed in Turkish waters after the Western powers introduced a ‘price cap’ on Russian oil. The authorities in Ankara demanded assurances from insurers that all ships passing through its straits would be fully insured”, it reported.

According to the FT at the time, Ankara had demanded proof of each ship’s insurance. EU and G7 sanctions, which came into force on Monday, among other things, prohibit tankers with raw materials from Russia from receiving marine insurance if the oil they fill was not sold at a maximum price of $60 per barrel.

Ankara allegedly asked all tankers carrying crude oil to provide written confirmation that insurance in the event of an emergency would cover oil spills or other accidents they added.

The ships are anchored near the Bosporus and Dardanelles straits, which connect the Black Sea ports of Russia with international ones. According to the FT, the first tanker arrived at the strait on November 29, that is, almost a week before the new restrictions came into force.

This traffic jam only indicates that sanctions against Russian crude will lead to disruptions in global oil supplies insisted the publication.

On December 6, information appeared that among the ships stuck in the Bosphorus there were Russian tankers. We are talking about the ships ‘Kapitan Barmin’, ‘General Skobelev0, ‘Lady Maria’, ‘Lady Aria’, ‘Caminero’, and ‘Roschem 2’, which cannot pass the strait from the Black Sea.
Most of the tankers stuck in traffic are Turkish, according to the Marinetraffic service, which tracks the movement of ships.
Russia’s Deputy Foreign Minister, Alexander Glushko, expressed concern about the traffic jam on December 7. He said that Moscow is discussing the situation with transport and insurance companies. In his opinion, the state will have to get involved if the problem is not resolved at the current level.
Alexander Novak, the Russian Deputy Prime Minister, who oversees the energy industry, said that Russia, after the introduction of a ceiling on oil prices by Western countries, will begin to use new insurance schemes for raw materials supplies.
According to Bloomberg, by the evening of December 6, at least 18 million barrels of oil had accumulated in stuck tankers off the coast of Turkey. That is about a fifth of the daily world oil production. Of the 20 ships, as reported by the agency, 19 are carrying cargo from Kazakhstan

Magzum Mirzagaliyev, chairman of the board of the Kazakh national company Kazmunaigas, stated that at least ten of the tankers that got into a jam were related to Astana. A total of 21 tankers are anchored off the Bosphorus, including six with Tengizchevroil oil he explained.

Ankara’s official comment appeared only on the evening of December 8. The General Directorate of Maritime Affairs of the Turkish Ministry of Transport confirmed the original version of the FT. They insisted that ships whose crew refuses to present insurance documents are not allowed through the straits.

The ministry explained the strict measures by the need to protect the straits from possible disasters. They also pointed out that the requirement to present a P&I document had been in force since 2002. This document is an insurance policy held by the shipowner for resolving issues in cases of accidents, environmental pollution, loss of a ship or cargo, or material and moral damage, etc.

Ankara also denied some media reports that more than a hundred oil ships have accumulated off the coast of the country. The Turkish Ministry of Transport said that there are no major congestions in the Bosphorus, 15 tankers are at anchor, 11 of which are heading to EU countries.