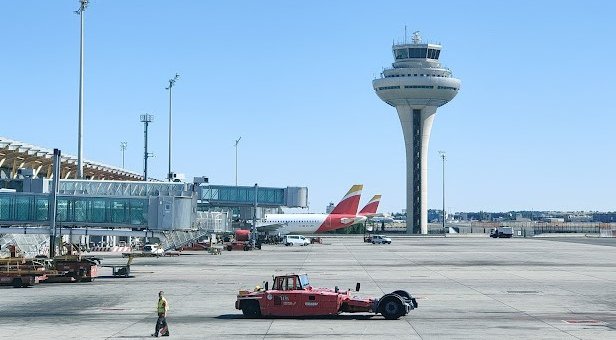 Strike action is on the cards at airports over the Christmas period in Spain after union bosses issued a warning.

On Sunday, December 11, the CC OO union announced a call for strike action at all Aena airports and control centres in Spain over the upcoming Christmas holidays and into the first quarter of 2023. They warned it could even last until Easter, due to the ‘lack of response’ from group companies to the recovery of productivity.

If this industrial action comes to fruition, it would involve around 10,000 airport management workers. The days that the union considers as most probable for its strikes are December 22, 23, 30 and 31, as well as January 6 and 8 of next year.

As explained by the union in a press release, they have been unsuccessfully requesting for months to the management of Aena the recovery of the productivity pay to the group’s mercantile that, except for the pandemic exercise, had been perceived for some time.

“Air traffic has recovered levels of 2019 (a record year) and in some airports, has exceeded them. The distribution of dividends to private shareholders is also authorised and the workers of the Aena group demand, therefore, the recovery of what corresponds to them”, explained Comisiones.

The union assured that: “despite the good words of the companies and the Ministry of Transport (Mitma), the delay in reaching the agreement is causing a lot of uneasiness among the workers and the unions present at the negotiating table”.

In addition, they recalled that they had already planned to carry out a strike for such reasons for the December bridge which has just passed. That was not carried out “because of the promise of the Ministry itself to solve the problem, which has still not been done”.

As a result, Comisiones affirmed that it will not allow the response to continue to be delayed. It informed that it will register the call for strike action this week with the Ministry of Labour. This would be for the period over the Christmas holidays and continuing through the first months of 2023, including Easter, if this productivity problem is not duly resolved, as reported by larazon.es.