Climate change to have drastic consequences for tourism in southern Spain 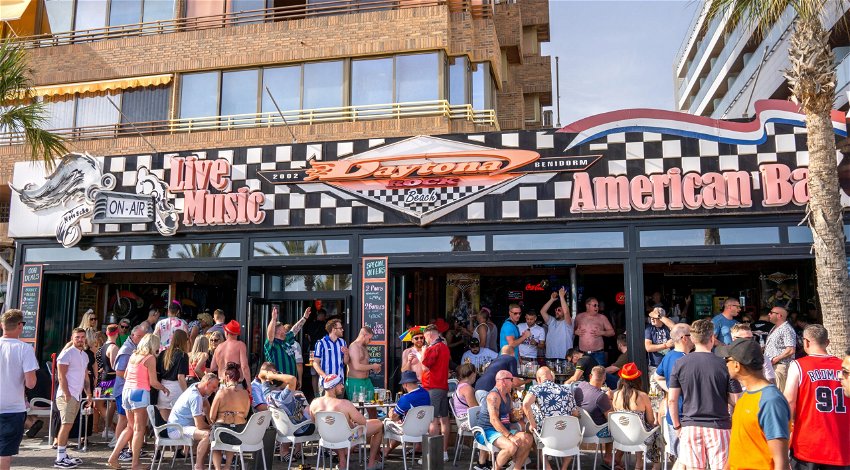 Climate change to have drastic consequences for tourism in southern Spain. Image: cktravels.com/Shutterstock.com

More frequent and intense heatwaves caused by climate change will have drastic consequences for the tourism industry in southern Spain, scientists have warned.

Experts also warned that extreme heatwaves such as those witnessed in Spain this summer could lead to higher levels of anxiety, alcoholism and even suicides.

She said: “[The South of Spain] is becoming a desert, [and this] will have very important consequences…”

Ms Linares insisted rising summer temperatures in southern regions like Andalusia and the Costa Blanca were already affecting tourism, with holidaymakers preferring the milder climes of the northern reaches of the Iberian Peninsula instead.

“[Soon enough] it will be impossible to be in the south and the interior [in summer]… you will burn,” Ms Linares warned.

“People will tend to go to the north to rest better; since it is impossible to sleep in the south or the interior.”

She added that though the Costa Blanca region has survived up to now due to ‘more flexible temperatures’, Andalusia will soon adopt ‘the climate of North Africa’ due to rising temperatures.

Climate experts also warned of the effects intense heatwaves will have on the mental health of those living in southern regions.

Ms Linares said increases in ‘anxiety, nervousness and irascibility’ would be the result of people struggling to sleep in consistently high temperatures.

“Imagine at night you cannot sleep because there is a very high minimum temperature,” she explained.

“All that fatigue accumulates day after day and causes people’s psychological state to change.”

According to ISCIII scientists, the extreme 42 days of heatwaves experienced across Spain this summer (2022) were equivalent in temperature to those predicted for 2032 – a whole decade from now.

This year also saw the number of deaths attributed to temperature multiply by four – from an average of 1,300 per year to the 4,500 recorded this year – according to ISCIII statistics published in INFORMACIÓN.

Hikes in temperatures can also lead to increases in those suffering from alcoholism, and can even lead to higher numbers of suicides.

Ms Linares explained: “If you are a person who is already decompensated because you have a mental illness or take medication that alters your sweating mechanisms, which makes you not thirsty and you almost have to be reminded to drink so as not to get dehydrated, all of this alters your internal mechanisms and can lead you to a psychotic outbreak.

“It [has] to be taken very seriously.

“When temperatures rise, people also consume more alcohol, with a risk of abuse.”

Climate scientists from the ISCIII further warned that those living on Spain’s southern coast would have to ‘adapt’ to ‘extreme’ weather conditions.

Another ISCIII scientist, Julio Díaz, explained that those who died of heat stroke during heatwaves accounted for just a ‘small percentage’, and that more died due to the high temperatures exacerbating symptoms of existing conditions.

He added: “The Iberian Peninsula suffers from everything: as soon as we get wet and cold Atlantic weather or the polar vortex, dry air loaded with Saharan dust particles enters us…

“We are going to have to adapt to [these] extreme situations.”