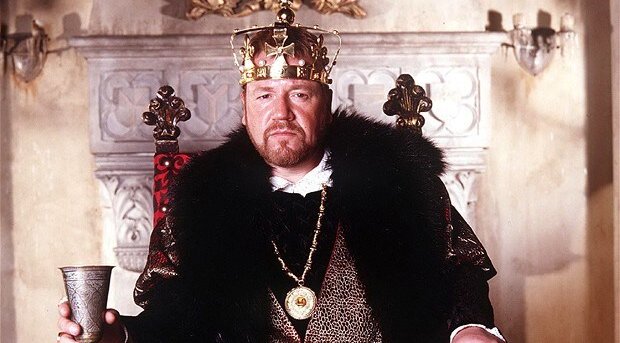 There are many films in which the choice of actor or portrayal by that actor is inappropriate and unconvincing. Image - Pinterest and Telegraph

I´m jumping around this week.

We have all seen people strutting around with T-shirts bearing names of places, such as New York when they have never been there. Why? Others prefer to sport negative messages such as “It´s me against the system” or “I never forget to drink; I drink to forget”. They may think it´s simply amusing or possibly believe in their chosen slogan.

But, many years ago, I remember being shocked when entering the house of a London family who appeared not yet to have read “The power of positive thinking”. There were no pictures or photos on the walls but, centre-stage, over the fireplace in the living room, a huge framed poster proudly proclaiming “We hate everybody”. In the kitchen was a smaller one exhorting us to “F**k the world”. An interesting debate could have ensued but I decided to leave hastily.

It´s a fallacy that the UK electorate votes for a candidate representing his constituency rather than a party leader. The name of the local MP or candidate appears on the voting slip, but in a majority of cases is meaningless to the punter who knows very little about local issues. He is most probably voting on a critical national issue (such as the NHS), for a high profile senior politician or for the party leader. Or, most likely, for the party that he, like his ancestors, has always voted for, regardless.

An auctioneer and charity leader from Sheffield is named Lucy Crapper. Well, we are all crappers at heart but we tend to be discreet about it. Maybe her ancestors performed this most natural of rituals more frequently than most. I don´t know – and I won´t lose any sleep over it.

But Gloucestershire and England cricketer and umpire Jack Crapp went several steps further. We are asked to believe that his name derives from Cropp, meaning to cut, and applied to field labourers or grass cutters. It would be nice to think so! However, a simple change of names would have deprived generations from numerous lavatorially-inspired guffaws.

In too many movies the casting of blood-related characters falls short on physical resemblances. For example, a film set in Copenhagen about a Danish married couple and their son. It is unlikely that the parents would be played by Louis Armstrong and Doris Day and the son by Woody Allen, isn´t it? Hmmm; I´m not so sure.

It´s the same with flashbacks showing a character as a ten year old and then as a fifteen-year old played by actors with completely differing features.

When an actor or actress is selected for a particular role, some recognition should be given to this.