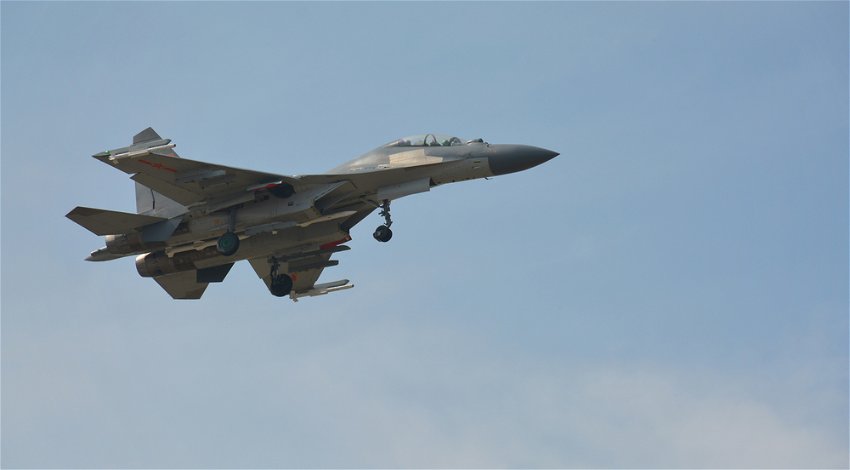 Taiwan’s defence ministry on Monday, December 26 said China conducted its biggest military incursion to date after sending fighter jets, drones and ships towards the island country in a 24-hour display of force.

The Chinese military sent 71 aircraft and 7 ships towards Taiwan, during a 24-hour military exercise conducted by China.

This announcement was made by Taiwan’s defence ministry who issued a statement on December 26 that said, China conducted the military exercise in response to the inclusion of Taiwan in the U.S. annual defence spending bill passed on Saturday.

This bill aims to boost military assistance by the U.S. government for Taiwan.

A report in Reuters said that the aircraft sent by China included fighter jets and drones, which were accompanied by seven ships. They entered Taiwan’s air defence identification zone during the past 24 hours and 43 of its aircraft were also reported to have crossed the Taiwan Strait´s median line, which is the unofficial buffer zone between the two sides.

The exercise was conducted between 6 am Sunday and 6 am on Monday, as per Taiwan´s ministry of national defence. The ministry also announced that the planes sent by China towards Taiwan included 18 J-16 fighter jets, 11 J-1 fighters, 6 Su-30 fighters, and drones.

The official Taiwanese Central News Agency has described the military exercise as the largest incursion to date. It said that China has steadily increased its pressure over Taiwan in recent months, adding that there was no alarm on the island yet.

A statement issued by the office of Taiwan´s President Tsai Ing-wen has said that the government will be calling a high-level national security meeting on Tuesday morning, in order to discuss the reinforcement of its civil defence systems.

Taiwan has been claimed by China as its own territory and its harassment towards the island country has intensified over the past years, as planes and ships are being reported sent toward the island on nearly a daily basis.