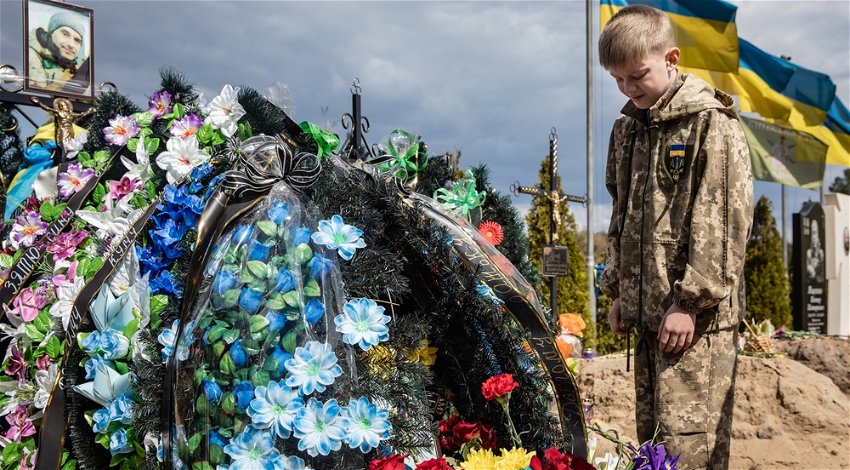 War crimes prosecutor in Ukraine says pre-trial investigations launched for more than a thousand people in Kherson region, who were allegedly abducted and illegally detained by Russian forces

Several cases of illegal abduction, detention, and torture by Russian forces are emerging from Kherson in Ukraine, where the country´s top war crimes prosecutor says, the scale alleged of crime is much greater than in Kyiv.

Recent data shared by Yuriy Belousov, Ukraine’s war crimes prosecutor, suggests that the authorities in the country have opened pre-trial investigations, involving more than 1000 people from Kherson. Investigations have been launched into their alleged abducted and illegally detained by Russian forces.

Authorities in Ukraine state that the number of alleged crimes in the Kherson region are much higher, as it was under Russian occupation for months.

Belousov said that officials in Ukraine have identified ten sited in the Kherson region, that were used by Russian forces to conduct illegal detention.

“Around 200 people were allegedly tortured or physically assaulted while being held at those sites, and about another 400 people were illegally held there”, he said.

He added, “Nationwide, authorities have opened pre-trial investigations into alleged unlawful detentions of more than 13,200 people”.

According to Reuters, methods used by occupying Russian forces for administering physical torture includes, electric shock to the genitals as well as other parts of the body, beating, and suffocation.

Aside from this, detainees were also reportedly bound and blindfolded, while being subjected to beating and shocks.

Detainees have also been subjected to forced nudity and other forms of sexual violence.

Severe injuries from torture were also reported, resulting in bruising and broken bones.

A former detainee, Oksana Minenko, who is an accountant and resides in Kherson said, she was repeatedly held by Russian forces and tortured.

Minenko is a widow of a Ukrainian soldier who died defending Kherson´s Antonivskyi bridge, during the first day of the Russian invasion.

After her husband’s death, Minenko was interrogated several times in the spring.

Russian forces allegedly forced her hands into boiling water and pulled her fingernails, as per the report.

She was also beaten several times what a rifle butt in the face, due to which she later needed plastic surgery.

“One pain grew into another, I was a living corpse”, she said, as cited in the report.

Ukrainian authorities have also opened a probe into 1,900 cases nationwide, related to allegations of ill-treatment and illegal detention.

Belousov also said that over 50,000 reports of war crimes have been registered by officials in Ukraine, acorss the country.

Among these, more than 7,700 are reported to be from Kherson.

Aside from this, over 540 civilians have also been reported missing from the region.

On the other side, the Russian government has also accused Ukraine of conducting war crimes. They have blamed the Western countries of ignoring them.

The Russian authorities also allege that their prisoners of war had been executed by Ukrainian soldiers.

Meanwhile, the United Nations announced last year, that evidences of war crimes have been found on both sides. It said that prisoners of war from Russia as well as Ukraine faced torture.