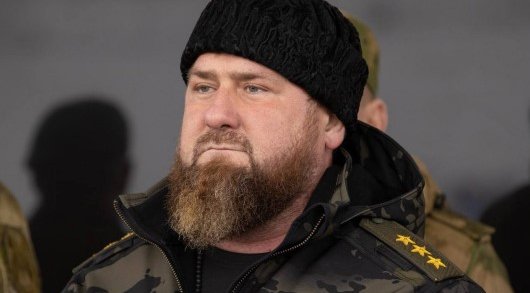 Chechen leader Ramzan Kadyrov berated the burning of a copy of the holy Koran in the Swedish capital of Stockholm, calling the perpetrators ‘Satanists’.

Ramzan Kadyrov, the head of Chechnya, on Saturday, January 21, took to his official Telegram channel to condemn the burning of a Koran in Stockholm, Sweden earlier that day. The Muslim religious book was burned in public by Swedish far-right politician Rasmus Paludan.

Before committing the controversial act, the leader of the Danish far-right Hard Deal party received permission from the Swedish government. At 4pm, he proceeded to set fire to a copy of the holy book outside the Turkish embassy in Stockholm.

A spokesman for the Turkish Foreign Ministry said that the burning of the Koran in Stockholm indicated the level of Islamophobia, racism and discrimination that existed in Europe. The incident also drew condemnation from the ministries of foreign affairs of Saudi Arabia, Kuwait, and the United Arab Emirates.

Kadyrov wrote on Telegram: “In Stockholm, Sweden, some scum, who is also the leader of a Danish Satanist party, burned a holy Koran in front of the Turkish embassy. This spawn of hell was a protest to official Ankara, which is voting against Sweden joining NATO”.

“Indeed, only the devil-worshippers, the most scumbag scoundrels, would make an attempt on sacred values and call it a sign of protest. The action was reportedly approved by the authorities in Stockholm, but I firmly believe that this despicable act was not just approved, but, moreover, initiated and paid for by political forces. Otherwise, such a blatantly provocative act would have never been approved”.

“In any case, everyone will reap exactly what he sowed and all involved in this disgusting stunt brought eternal damnation on themselves. They will realise it one day, but it will be too late. Burn in hell, you devils”.

“It is no coincidence that I always claim that literally the entire North Atlantic Alliance is the spawn of Satan and we are fighting against the forces of this Iblis in Ukraine. Everything that is associated with NATO is utter godlessness”.

“Its entire course is steeped in unbelief and the spread of the cult of depravity and impurity. That is why we are going to beat the satanic NATO coalition’s minions in Ukraine even harder, even harder, even more resolutely and more persistently”.

“In the light of this filthy, vile and defiant demonstration, the Euro-Ichkerians are also silent. Yes, the very same ones who otherwise bravely prance around on social media when it comes to Russia”.

“They love to bravely beat their breasts in order to please their host masters, but deeply hide their courage and tongues when it comes to Europe”.

“Poor souls understand that they will be kicked out of their comfortable places if they open their mouths. But they love to talk at length about the need to fight for their faith, for the Umma, for the truth, and for sacred values”.

“Listen, you sofa mujahideen, you have a chance now to find your lot in jihad. Will you punish the guilty? No?! Weak? Of course, we’re weak! We didn’t doubt it, but it’s a shame that you wear trousers and call yourself Chechens. At least don’t embarrass yourself further”.