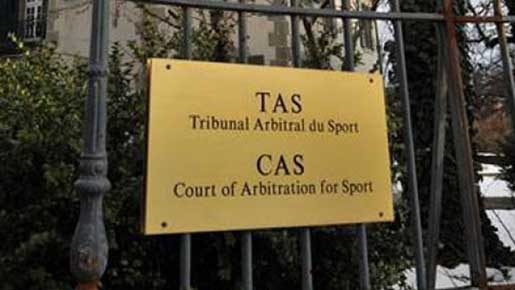 Malaga Club de Futbol will not participate in the Europa League next season, despite having finished in sixth place in the League, following a decision announced by CAS (Court of Arbitration for Sport), upholding the sanction imposed by UEFA’s Financial Control Committee.

The Martiricos Club, who will receive the definitive reasoning behind the decision at a later date from the CAS, maintains they have complied with the Fair Play regulations. Despite having the 2013/14 UEFA Licence, Málaga Club de Fútbol can only return to European competition from 2014/15.

Málaga Club de Fútbol is not permitted to take part in next season’s Europa League, according to the unprecedented ruling reached by the Court of Arbitration for Sport, CAS, upholding the sanction imposed by UEFA’s Financial Control Committee on the Club.  By not participating in the Europa League next season, the Club will comply with the entire sanction imposed by UEFA, consisting of an economic fine and a one-year ban from European competition.

UEFA later dismissed the third sanction of a second-year ban from competing in Europe, as the Martiricos Club complied with all financial requirements.  As it stands, Málaga Club de Fútbol can return to European competition in 2014/15, as long as the team qualifies for either the Champions or Europa League.

Six-month intensive process
On 21st December 2012, UEFA communicated to Málaga Club de Fútbol the decision to ban the Club from competing in Europe for one year, adding a second-year ban for failure to comply with Financial Fair Play regulations as at 31st March 2013.  This sanction, included within the cycle of the next four seasons, would take effect should Málaga Club de Fútbol qualify for European competition during the time frame.

On 14th January 2013, Málaga CF decided to refer the case to the Court of Arbitration for Sport, CAS, being in total disagreement with UEFA’s decision.  The Club then decided to hire prestigious lawyer, Juan de Dios Crespo.

On 14th May 2013, the Spanish Football Federation, according to UEFA rules, confirmed Málaga Club de Fútbol’s application for a UEFA Licence, had been approved.  This highlighted that the Club had complied with all required financial regulations to allow them to compete in Europe in 2013/14.  Two days later, UEFA announced that Málaga Club de Fútbol’s second-year ban from European competition was now void, following the Federation’s decision to grant the Licence to the Martiricos outfit.

Before the hearing at the CAS on 4th June, having been previously delayed, Málaga Club de Fútbol sealed their sixth place in the League, and qualification to European competition.

On 4th June, following over four hours at the CAS headquarters in Lausana, Switzerland, Málaga Club de Fútbol put forward their arguments to the three mediators (of German, Italian and Spanish nationality).  One week later, on 11th June 2013, the Court of Arbitration for Sport rejected Málaga’s case and confirmed the fine issued by UEFA’s Financial Control Committee.  Málaga Club de Fútbol has been banned from European competition for one year, and will therefore not participate in the Europa League 2013/14.