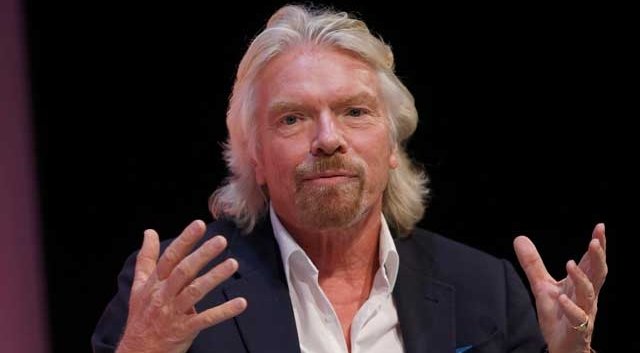 LONDON (Reuters) – Virgin Group founder Richard Branson recalled that selling his Virgin Records music label more than two decades ago was “like selling your children” even though he pocketed a billion dollars in the deal.

Branson, 63, founded Virgin Records in 1972 with three other people, growing the label from a small successful record shop into a powerhouse of the music industry, helping usher in the progressive rock movement of the 1970s and new wave in the 1980s. The company was purchased by Thorn EMI for $1 billion (618 million pounds) in 1992, in part to fund Branson’s Virgin airlines.

“Of course, it was very hard – it’s like selling your children,” Branson told Reuters on Wednesday in London at a 40th anniversary of the sale of Virgin Records.

“I mean, you build something from scratch, we had just signed Janet Jackson, we had just signed the Rolling Stones when we sold it, and I remember running down Ladbroke Grove, tears streaming down my face with the check for a billion dollars,” he said.

The long-haired maverick entrepreneur has become one of the world’s most recognizable businessmen, and is also known for his other ventures in deep-sea submarines, an effort to circumvent the globe in a hot air balloon, and suborbital space travel with Virgin Galactic.

“We wouldn’t be building spaceships today if it hadn’t been for that (sale) so it was the right decision,” Branson said.

The 40th anniversary of Virgin Records is being marked at an exhibition in London’s Victoria House, which features photography, clothes, album covers and memorabilia from the label’s most influential acts. Branson gave the interview in a room mocked up to look like the Notting Hill branch of Virgin Records in the late 1970s.

Branson, who thinks of himself as a “hippie at heart,” credited cantankerous British punk band the Sex Pistols with helping Virgin Records gain its footing in the industry and take on other music labels delving into the Brit punk genre.

“I think the Sex Pistols put Virgin on the map,” he said. “They only made one album … but it firmly established Virgin as a brand, a slightly risqué brand, but as a brand.”

The risqué image of Virgin Records helped draw in some of music’s biggest acts, such as Janet Jackson and the Stones, Branson said.

“I think most of the bands that signed with Virgin were pretty happy and we managed to turn them into major stars.”