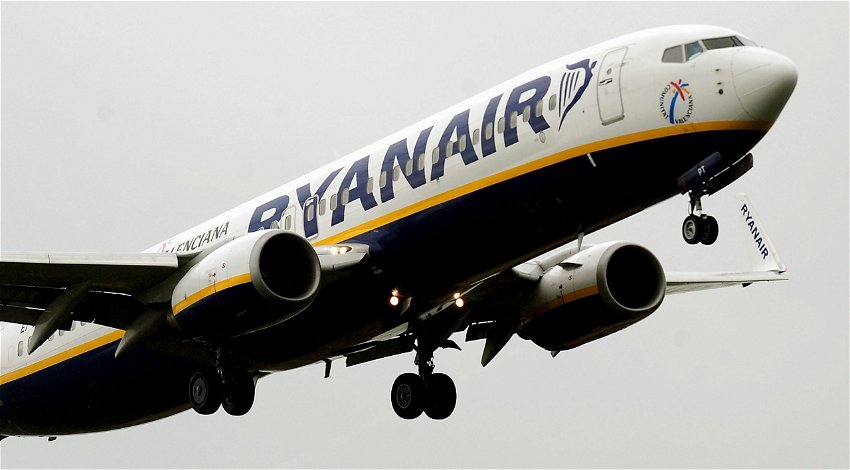 Reports of Ryanair’s CEO Michael O’Leary as hinting of expanding Ryanair flights into the Middle East, Russia and beyond its bases within Spain and the rest of the EU have been confirmed by Mr O’Leary in an interview with The Telegraph.

Ryanair have made provisional interest with the Cypriot Government to put planes into Cyprus and use it as a permanent base to reach further destinations to include Tel Aviv, Beirut and Russia to name but a few of the likely new destinations.

The budget airline Ryanair reported on Monday a 152per cent surge in business in the first quarter’s profits. With rumours that there was an interest in expanding into Southern Europe as well as consideration of buying Cyprus Airways, Mr O’Leary has confirmed to The Telegraph “the company has no desire to ‘rescue that barrel of rubbish.’ However, it is believed Ryanair has shown an ‘expression of interest’ at the request of the Cypriot Government amid broader discussions to grant Ryanair a licence to offer low-cost flights from Cyprus.

Mr O’Leary talking with The Telegraph said, “We are not particularly interested in Cyprus Airways, which has huge legacy issues and historic losses. We would however be interested in growing our business in Cyprus and we would be very keen to base additional aircraft here.”

The new potential expansion comes as the company raised its full-year profit forecast of between 620m-650m euros after reports of a much better than expected first quarter.

Mr O’Leary explains further, “The problem for us is that once you go out of the EU we can only fly from Ireland because we go back to being an Irish airline with an Irish AOC (Air Operator’s Certificate).”

Should Ryanair therefore choose to continue with this potential expansion and have to depart all flights directly out or Ireland, is Spain likely to be affected with the bases the company has established here over the years as well as having a knock on affect on those employed by the company?

Mr O’Leary went on to say “there are other places where it would make sense to have some flights, from say Cyprus to places like Israel, the Lebanon, Egypt, Russia. So we’re looking at a Cypriot AOC.”

Securing a licence to travel from Cyprus outside of the EU may see Ryanair follow in the shadows of their rival EasyJet who already offer flights from the UK to Moscow and Tel Aviv.

Whilst Mr O’Leary is not in a rush to buy Cyprus Airways he said to The Telegraph “our discussions with the Cypriot Government have been about growing traffic and tourism on and off the island, and if part of that is them asking us to operate as a ‘Cyprus Airways Ryanair’ or something, we are happy to work with them on that.”

Concluding his interview Mr O’Leary said “but we aren’t going down there to rescue that barrel of rubbish that is currently being kept alive with state aid.”