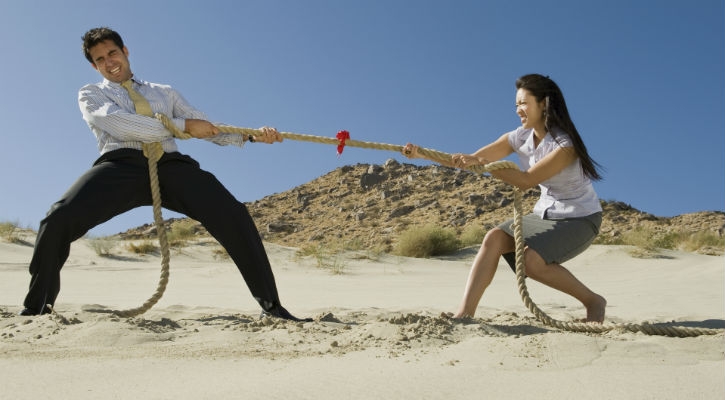 The fight for equality of the sexes in Europe still has a long way to go.

The European Parliament will be discussing a new report next Tuesday, March 10, at a session in Strasbourg which gives depressing data: equal wages are not expected to be achieved until 2084 and the goal of 75 per cent of women in work (which had been hoped to be reached by 2020) is likely to not be a reality until 2038.

These are two of the pessimistic previsions the report contains. The European Parliament is also intending to ask the European Commission and the EU member states for paternity leaves of at least 10 working days.

Other issues mentioned in the report include a forecast that equal representation of men and women within national parliaments, EU institutions and European company management will not be achieved until 2034.

Many more years will have to pass, probably until 2054, until household chores are equally shared between men and women according to the report.

The report reflects the current situation in Europe, Tarabella added. Inequality is evident both on a national level in each member country and on a European level as women only represent 37 per cent of the recently elected European Parliament.

Only nine of the 28 new European commissioners and seven of the 28 EU Justice Court judges are women.

“The financial crisis has not affected men and women equally,” Spanish European MP Ernest Maragall said at the same seminar.

The MP said that although the members can made recommendations, the EU needs to take an active stance with specific schemes to change the traditional stereotypes and encourage gender equality.

The report stresses that education plays a vital role in combating these stereotypes and ending discrimination and requests that the European Commission creates specific policies. As education is down to the individual states, the document suggests that each separate education system includes projects to raise awareness on equal rights and opportunities for men and women.

In another chapter, the report mentions that although member states have used European funds to develop nursery schools and encourage women to work, many countries have made cutbacks which are affecting the number and quality of nurseries.

The European Parliament states in the document that paternity leaves are an essential part of reaching gender equality and criticises the fact that a quarter of the EU member states do not offer leave to new fathers, along with the fact that six countries have not yet signed the Istanbul Convention to prevent and combat violence towards women and domestic violence.

Therefore the report asks the Commission and the Member States to establish paid paternity leave of at least 10 working days and promote measures to allow men, and fathers, to exercise their right to find a balance between work and family life.

Regarding the salary gap, Spain is reportedly at 24 per cent (the highest in five years).

The European Parliament complains that women do not receive the same pay for the same work.