Barce’s Neymar keeps his eyes on the prize 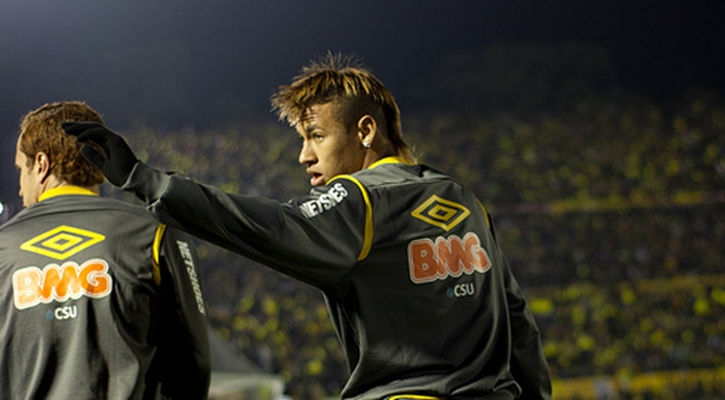 Barcelona’s brilliant Brazilian Neymar is full of confidence in his side’s ability to carry all before them this season. He has fearlessly said: “We have the team to think about winning the treble.” Neymar’s ambition is impressive, but sports fans generally will be forgiven for allowing their attention to be less focused in the weeks ahead.

The Catalans currently sit atop of La Liga, they enjoy a lead from the away leg of their Champions League tie with Manchester City, and they have already secured a place in the final of the Copa del Rey. Barca last won the treble in the 2008-09 season but their form this time around is arguably on a par with that campaign. Even so, as Chelsea and Real Madrid discovered with varying degrees of dismay in the round of 16, there are too many good sides in Europe to take anything for granted.

Prompted by the nationalistic focus of Spanish reporters, Neymar has been celebrating the fact that – as he sees it – the current Barcelona attacking trio of himself, Lionel Messi and Luis Suarez is better than that of their Madrid counterparts – Cristiano Ronaldo, Karim Benzema and Gareth Bale. More to the point is the relative strength of the two sides’ defences. Carlo Ancelotti’s back five, including Iker Casillas, have looked far from convincing of late and as a result his side are now without a win in their past three outings. Barca have looked considerably more watertight.

There are some crunch games coming up that will have fans from all over the world glued to their TV screens. The Champions League final is still some way off – it will be played on June 6th in Berlin’s Olympiastadion – and Barca are by no means guaranteed to progress through to the final. But the Copa del Rey final and the defining fixture of the Primera Liga season – El Clasico – are beginning to loom into view.

The Copa del Rey final will take place on May 30 and ahead of that El Clasico will go a long way towards deciding La Liga. Barca will face Real Madrid at the Bernabeu on March 22 with – at the time of writing – just a single point separating the two great rivals.

Whilst the footballing drama unfolds there will be no shortage of alternative sporting events to enjoy. We do not all have Neymar’s single-mindedness.

For old-school followers of the turf, the Grand National is an unmissable occasion. Already there is a healthy international market in Grand National tips and inside gossip. The world’s favourite horse race will run this year on April 11.  It will be fascinating to see whether Neymar’s ambitions can be fulfilled over the coming months, but in the meantime there will be plenty of scope to admire his single-mindedness. There are plenty of distractions after all.