Marbella has all the fun of the fair! 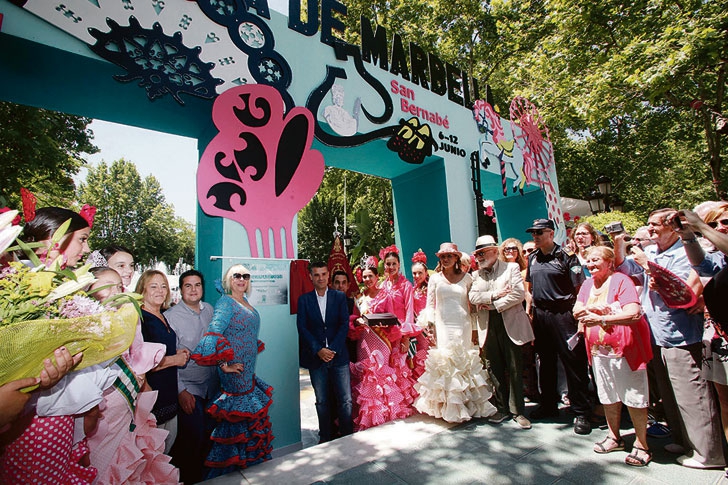 This year’s Fair and Festival of San Bernabé, which runs from June 6 to 12, got underway with a real bang when the Mayor of Marbella José Bernal travelled to the night fairground adjacent to La Cañada as part of the opening delegation before the celebrations began.

Well-known local personality and representative of the fair Rafael de la Fuente gave an opening speech, which was followed by the election of the various queens and princesses. The large audience then enjoyed the traditional fireworks, accompanied by a music and dancing water display, before moving on to the funfair.

Chosen in part for his knowledge of and connection with tourism, Rafael de la Fuente said in his speech that Marbella “is an intensely young and ancient city at the same time,” and “is the place you always return: its people, its human landscape, its miraculous climate, its natural beauty and for having preserved its Andalucian essence, in which many ancient cultures have distilled much knowledge and flavours.”

On the following day, Mayor Bernal opened the Paseo de la Alameda day fair, which this year returns to the centre of the city after almost a decade. The mayor, accompanied by the councilman responsible for the festival, Manuel Garcia, and other members of the government team, made a tour of the premises that included nearly 20 bars and encouraged all residents and visitors to participate in this fair, which will last until Sunday, June 12, and is set to be one of the most important in the Costa del Sol.

He stressed the importance of the return of the day fair to the city centre and the fact that it recognises another well-known person, Carmen Pastore ‘Pichu.’ During his walk, the mayor stopped to talk to some of the 100 officers brought in to ensure security in this part of the fair, which is open from noon till 10pm and pointed out the fact that as an added measure, security cameras have also been installed around the area.