Bride of the wind to visit Motril 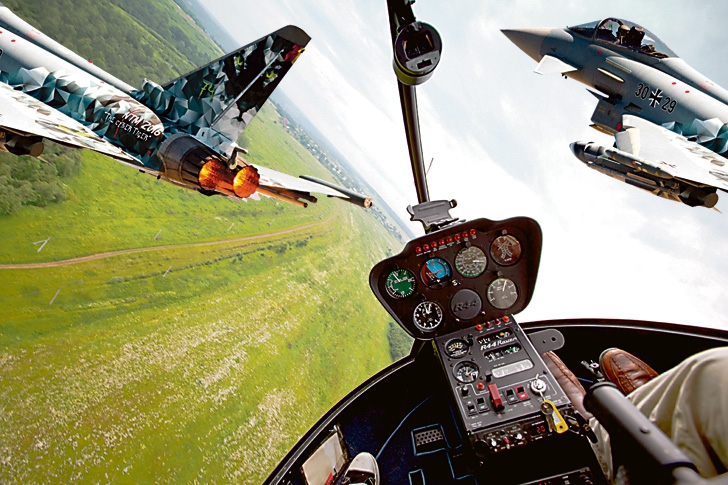 Eager to catch a glimpse of the world’s finest aircraft, more than 50,000 enthusiasts will descend on the beaches of Motril this weekend to celebrate the town’s International Air Festival.

Now in its 11th year, Motril’s Air Festival is quickly growing in international acclaim and is one of the biggest in Spain, drawing 40,000 spectators last year and set to far eclipse that record in 2016, as the organisers attract a fascinating fleet of fighters, rescue helicopters and old classics, ready to turn heads and place hearts in throats.

The C-16 Eurofighter Typhoon, French patroller Cartoche Dore, and Soviet-made Yak 52 will be among the highlights, performing head-spinning acrobatic aerial feats, as local authorities across Axarquia gear up for one of the region’s busiest festivals.

Local businesses and councillors will be eager to use the three-day long event to promote Motril and neighbours Nerja, Velez-Malaga and Torre del Mar. With posters produced in French, Turkish, English and Spanish, the promoters are acutely aware of the economic boom and tourism potential on offer.

There will even be an appearance from Spain’s only wingwalker, who will dance on the wings of a jet while it twists around in midair at 140mph. Known as the ‘bride of the wind,’ Ainhoa Sanchez debuted her daredevil art form at the Northern Ireland International Airshow and is hoping to secure sponsorship in Motril.

The Air Festival begins on Friday, June 24, with a day of training and practising military formations commencing at 12pm. Saturday will see more training, particularly of the civilian aircraft, during the day, and a celebratory affair at the Motril Beach and Business Hotel in the evening.

The full display takes place throughout Sunday from 11.30am, and will see the various fleets strut their stuff in the skies above Axarquia, with excellent views available from the Playa Granada.