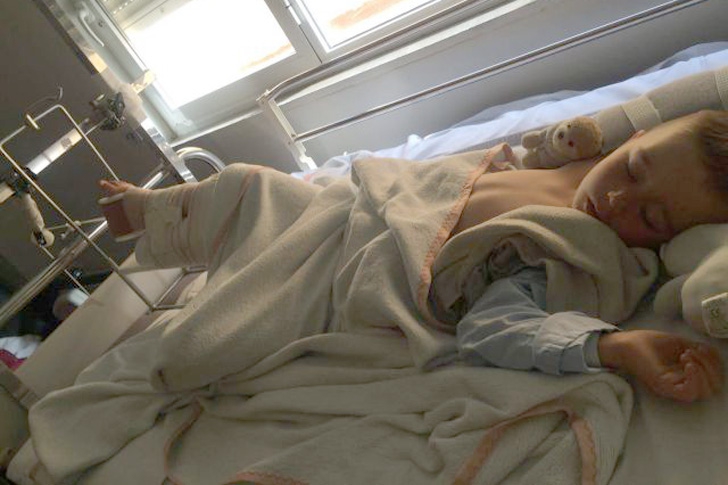 A FAMILY from Barrow-in-Furness were left stranded in what they describe as a “living hell” after their four-year-old son broke his leg while on holiday in Benidorm.

Karl and Rachel Barton flew out from Glasgow Airport on Monday, August 29, along with their three children Tegan, Jacob and Alfie.

Four-year-old Alfie slipped and fell while playing on a slide, breaking his femur in the process and sparking a series of events which Rachel has described as “every parent’s worst nightmare.”

“He was playing on the slide, and I told him to get off,” she said.

“He actually turned round to me and said ‘don’t worry mum, I won’t break my leg, I’m Spider-man.’ And then he fell.”

Alfie was transferred to Alicante General Hospital, some 40 minutes drive away from their resort.

The Bartons were spending up to €260 per day on taxi fees so they could take turns sitting by Alfie’s hospital bed while looking after their other two children.

Their travel insurance company initially refused to fly him home, as doctors said that he may have to stay in Alicante for up to two months in order to recuperate.

“I don’t want him operated on here, he’ll end up malnourished,” said Rachel.

“The doctors don’t speak English, Alfie’s not eaten for three days because the food here at Alicante General Hospital is awful, it’s just not what he’s used to. All they’ll give him for the pain is paracetamol, I’m at my wit’s end.”

Dad Karl took to social media to raise awareness of the family’s plight on August 30, writing: “You wouldn’t treat a dog how our son is being treated. We really need any help or advice.

“Me or my wife need to stay with him 24/7 but with us having two other dependants here it is proving to be a living hell (my mother in law has flown out to help). My stepson has ASC, ADHD and Tourette’s and is finding all this really difficult.

“We will be contacting the British consulate again first thing in the morning to see if there is anything they can help with. We are in a living hell. Please help.”

Happily, by September 1, the family received good news, as Karl posted: “We’ve had verbal confirmation that the Medevac has been approved. Thank you to everyone who took a few seconds out of their day to share our worst nightmare. And to all the messages it’s been overwhelming.”