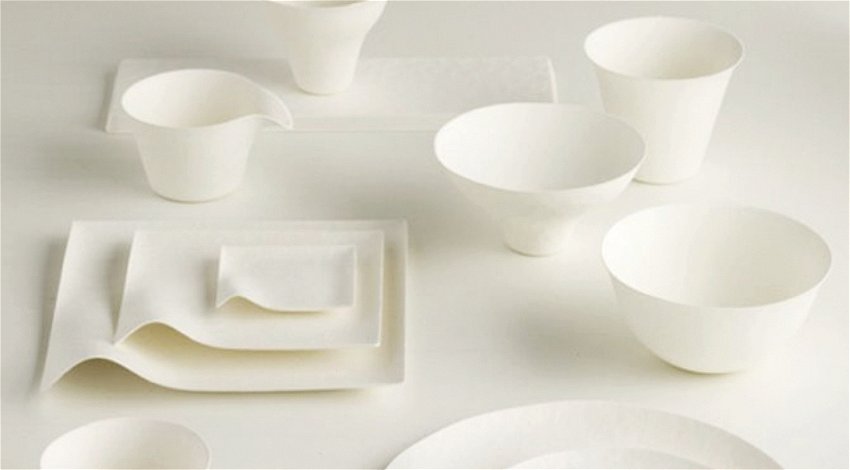 N LAST WEEK’S column I continued reporting on the progress that we were making regarding the regeneration of a client’s restaurant.

The menu has now been decided upon and both the owner and his chef are happy with the outcome. We now have to look at creating a different image. No great changes as the client had spent quite a bit of money on reforming in the first place. This is more cosmetic. A lot of effect can be had by changing tableware, table setting and lighting.

At present the restaurant, which is open for lunch and dinner, is clothed up. A standard base cloth with a coloured slip cloth. Slightly old fashioned for a place that is aiming to modernise its image. A look under the cloths however revealed good quality oak effect tables. The crockery that was being used was standard white round plates most of which appeared to have come with the property when the client bought it. Lighting was a bit bright and mostly white but candles in the evening softened the room.

The first decision was to remove the cloths for the lunch time service and replace with place mats and ‘table runners.’ However in the evening we would revert to table cloths. Considering the decoration of the room which was mainly cream/vanilla colours we chose a contrasting almost chocolate colour base cloth for the evening service with vanilla top cloths. Using the same material as the base cloths we made the table runners.

For the individual place setting I sourced a very attractive matt vinyl table mat in the same colour. This enabled us to use the runners on the square and rectangular tables and the mats on the round tables.

We discussed using serviettes of the same colour the only problem with coloured serviettes is that continual washing makes them fade. So we decided on vanilla serviettes and using brown presentation plates for the evening. Lunchtimes the serviettes will go perfectly on the coloured place mats.

Crockery was the next step. As we had an abundance of white plates it was sensible to continue to use many of those, but we added some different shapes and styles which helped to modernise the presentation and allowed the chef to play around with his food presentation. Nowadays you can get every shape and style imaginable.

Next was lighting. First thing was to put all the lights on dimmers. Then we changed the fixed ceiling lights to pendulum lights with a mixture of cream and brown shades. The effect was stunning. Picking out some of the columns in brown would finish off the effect perfectly. The next week or so it should all come together and the place will be ready to welcome clients old and new.

MY SISTER sent me a picture of a bottle of wine she had just consumed and commented that she ‘had never had this before.’ It was a Sancerre Red. It’s true that it is not very common to see it in the UK or here in Spain. Sancerre is from the Loire and is famous for its Sauvignon Blanc. But it is interesting to know that Sancerre had been producing reds for several hundred years until phylloxera destroyed its vines in 1860.

Up until then it was a favourite served in the royal courts on both sides of the channel. Sancerre uses the popular Pinot Noir for its red wine. It is interesting to note that of the total production of Sancerre 57 per cent is exported of which only 3 per cent is red.

The bigger day-night temperature differences in the Loire compared with Burgundy gives more of a crunchy raspberry- and cranberry-style fruits over cherry, and a spicy, peppery complexity rather than Burgundy’s earthy undergrowth.

The unique soil structure in Sancerre is also key. About 40 per cent of the vineyards lie on the white chalky limestone-clay soils in the west of the region, many on steep hills above Bué and Chavignol, called terres blanches. These are among the best vineyards for both Sauvignon Blanc and Pinot Noir, along with those on the most easterly slopes around Sancerre which are planted on the flinty silex terroir (about per cent of the appellation), which gives a trademark smoky note and superb minerality and acidity to the wines. The remaining vineyards are on limestone pebbles, or caillottes.

The last few years the weather has been better in the Loire than in wine producing areas of France meaning that Sancerre has been able to come up with some good vintages such as 2014. As I said, I haven’t drunk any in years, but I personally found the wine very light and despite its popularity I’m not really a Pinot Noir kind of guy!! But I would be happy to try a bottle again. (Nothing new there I hear you say!!)

ONE OF THE STRANGEST projects I undertook many years ago was to put together a Chinese/Japanese restaurant. It was a huge reform of an old villa near Puerto Banus. I designed what I thought was a brilliant table setting consisting of a black base cloth with an orange/rust top cloth with black Chinese style writing. I then finished the setting with black base plates, rust coloured serviettes and black stemmed glasses. It looked fantastic and I showed it to an old friend, fellow restaurateur and interior design guru and he loved it!!

So armed with my brilliant table setting I proudly presented it to my client who stepped back in horror. I thought the ‘Chinese’ writing might have actually meant something rude but it was simpler than that – Black is a very unlucky colour in Chinese culture. Ooops!!

ON THAT NOTE I will bid you farewell until next week and should aspiring restaurateurs need some help or advice, please do not hesitate to contact me. A toast to Good Food, Good Wine and Good friends.