RELAX: Monarch flights to Malaga and Gibraltar to get ‘mood food’ 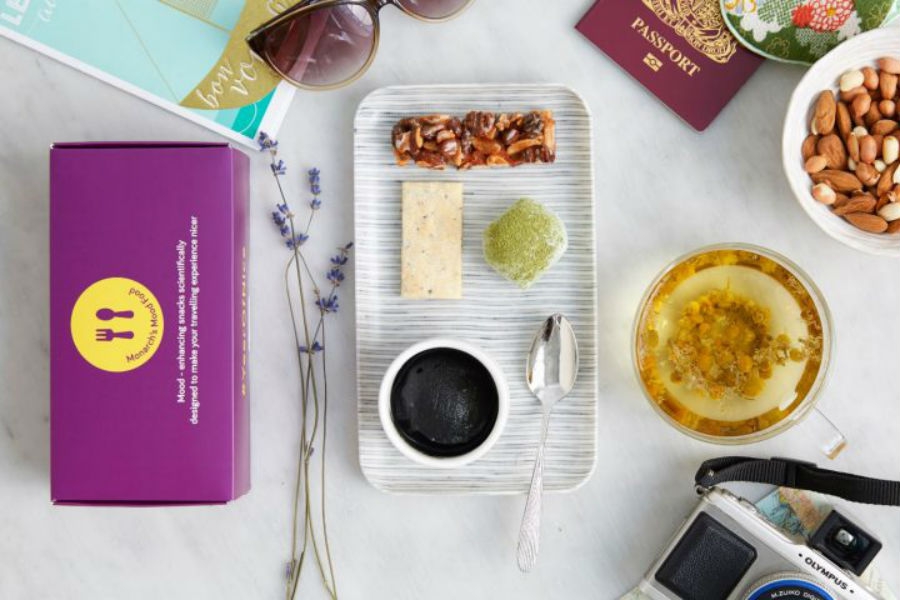 An example of the experimental ‘Mood Food’ box

WITH all of the negative news about drunken Brits causing mayhem on board flights to Spain, low cost airline Monarch hopes to chill passengers out.

Whilst at first an announcement from the airline might make readers check to make sure it’s not April 1 but if what they promise comes to fruition, then perhaps there will be a lot more peaceful and happy travellers in the future.

As part of its Year of Nice campaign, the airline has called in the food psychologist Professor Charles Spence – who has advised chef Heston Blumenthal of Fat Duck and snail porridge fame – to create the concept of what they call a ‘Mood Food’ box.

The idea is that certain foods are known to relax and re-energise individuals, reducing stress and getting them ready for their holiday or business meeting.

Having received the advice from Professor Spence, the airline than approached the master of multisensory gastronomy, chef Jozef Youssef and his team at Kitchen Theory explaining that they needed to help passengers enjoy the whole airline experience.

This experimental food box has been prepared based on observations of which area of travelling causes the most stress and incorporating the types of food that will make life just that bit easier.

Many passengers find the experience of checking in and then waiting to board a flight absolutely intolerable, stress levels shoot up and often this, coupled with boredom leads to the bar and excess drinking.

Whilst nothing can be done about pre-flight stress, the chef recommends prior to take off, immunity boosting echinacea and liquorice ice cream which reduces the symptoms of coughs and colds after arrival at the chosen destination.

Soothing and relaxing green tea and lavender mochi rice cakes will relax travellers at take-off as lavender has been proven to enhance relaxation and sleep quality in all ages.

Finally, just before disembarkation, travellers will indulge in a sweet caramelised nut bar coated in umami rich mushroom and tomato powder to re-energise and awaken the senses as passengers arrive at their destination.

Whether those with nut allergies will be happy about the sudden unwrapping of more than 100 nut bars remains to be seen as does the reality of the ‘Mood Food’ box actually appearing on flights to Gibraltar and Malaga.

No details of likely cost have been announced as yet.