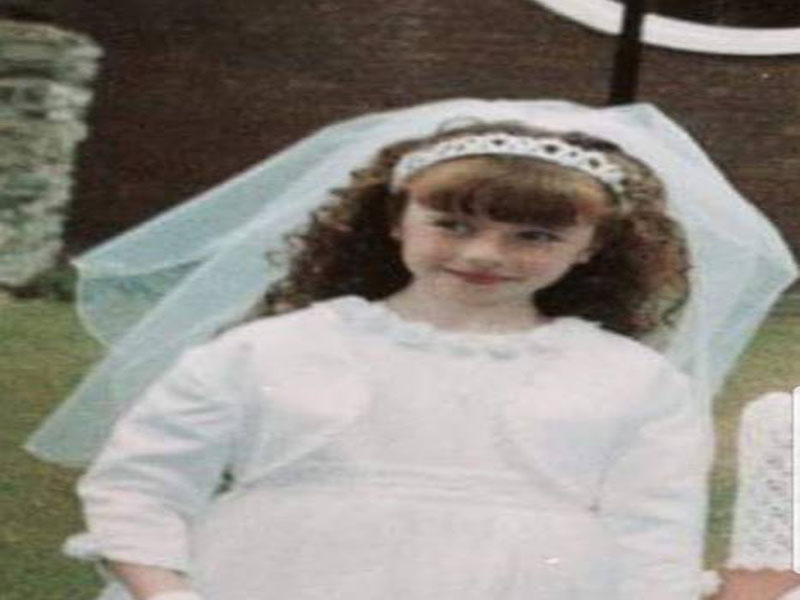 THE family of Amy Fitzpatrick who disappeared while walking home after babysitting on the Costa del Sol has posted a poignant picture to mark her 27th birthday.

The picture shows a young Amy at her Holy Communion, and was posted yesterday (February 7) on Facebook along with the message “27 today…..we miss you with all our hearts.”

Amy, who was just 15 at the time, vanished on the five minute walk home after babysitting for a family friend in Riviera del Sol, near La Cala de Mijas, on New Year’s Day, 2008. It was 10pm when she said goodbye to her friend, the last known sighting of her.

She was living in Spain with her mum Audrey Fitzpatrick, brother Dean and stepdad Dave Mahon. Audrey has never given hope of finding Amy and has made regular trips back to Spain after returning to her home country of Ireland in order to keep Amy’s case in the public eye

Audrey was convinced Amy had been abducted rather than running away as she had not taken her Nokia mobile phone. In an unusual twist the phone together with a laptop containing information on the search for Amy were later that summer stolen in a break in at the Fitzpatrick lawyer’s home.

Then in June 2009 Audrey received a phone call from a man with an ‘african’ accent claiming he knew where Amy was. Speaking to the Euro Weekly News Audrey said: “She had been kidnapped (he said) and was in Madrid and the police were not to be involved. So I agreed, of course. He then said he’d ring me back with a name and address in two hours. Five hours later, after sitting with my phone in my hand and my heart in my mouth, I got a text to say, and I quote: ‘Can you pay us €500,000. Yes or no send your answer now and will send you all the info you need.”

The information was never forthcoming.

In a further tragedy Amy’s brother Dean was stabbed to death by his stepfather after a disagreement. Mahon was later cleared of murder but jailed for seven years for manslaughter.