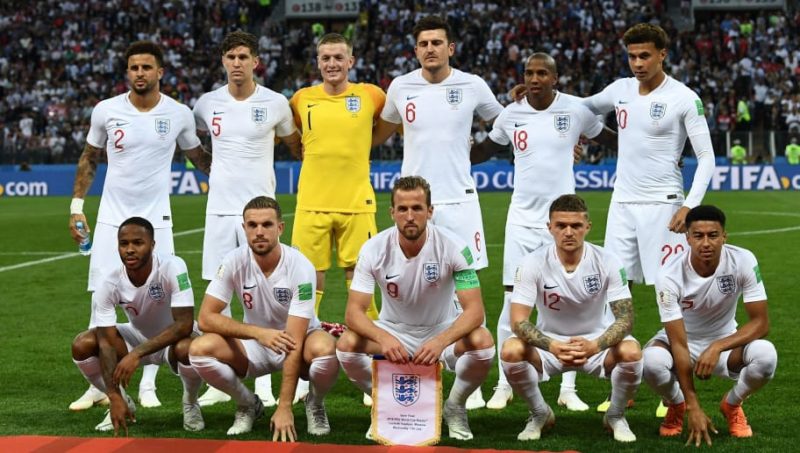 As the Euro Weekly News attempts to raise funds for the Children’s orphanage in Malaga, total shock rivetted through the offices just over two weeks ago, although we decided whilst the English football team were attempting to qualify for the Euro championships 2020 we held back on reporting.

As readers, I’m sure you are aware the owners of our newspaper warm-hearted Michel & Steven Euesden – have thrown heart and soul into raising as much as possible for the poor 49 orphans in the Malaga orphanage.
This will hopefully ensure the orphans are financially supported through the Christmas period especially. To which our lovely readers and advertisers are responding.
The total shock came when through contacts our sports reporter made contact with the English football squad and requested just one player to literally take 5 minutes of his time to dress in Halloween costume so that readers and guests to the party could “chip in for charity” whilst attempting to guess the admired player!
Whilst players came forward at first on request, the next morning they laid financial demands, one player who reportedly earns £250,000 per week basic salary plus sponsorship money asked for £2,000 to dress up for 5 minutes in the costume, other more minor players asked for a grand.
We were absolutely astounded and left speechless, to say the least!
Earning a quarter of a million pound a week and requesting 2k? …. simply to dress up for literally 5 minutes effort?
Despite supporting the National team as ex-pats we walked away from the offer as we found it offensive as well as refusing to part with £2000 that would be more fitting to the poor orphans who have to survive on £40 for 4 months for clothing and personal hygiene products.
As a matter of decency, we won’t reveal the names of the players in question, at the end of the day despite their demands it was simply a polite request which returned a financial demand and their personal choice to which we shall respect.
In consideration of the poor orphans, we decided to focus on them and contacted other’s who may wish to assist and hopefully, we shall have someone outside of the football world to assist.
When people and football fans say it’s the modern game and all has changed it certainly has!
…………………………………..
If you have enjoyed this news article, please note that our current charitable activity is on behalf of Cuidad de los Niños orphanage in Malaga.
If you would like to make a small contribution to this cause it would make a great difference to the orphans of Malaga!
Please donate at: https://www.gofundme.com/f/beunited-for-malaga-orphans