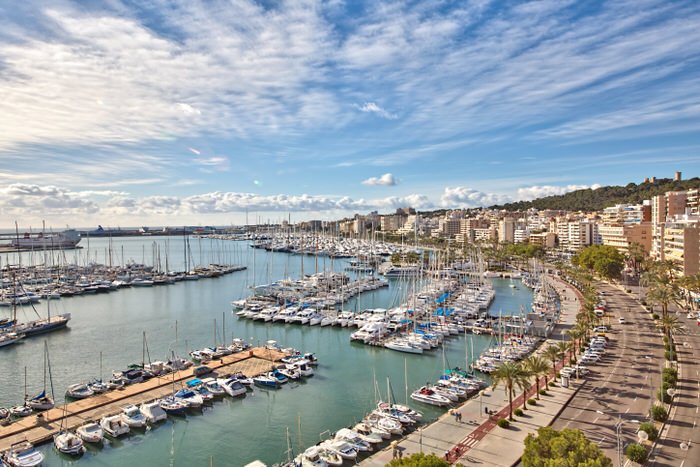 An 18-year-old man was knifed in the neck on the Paseo Maritimo in Mallorca, Spain. Credit: Private Property.

THE Balearic Islands are renowned for offering an idyllic way of life or holiday in Spain, where the majority of regions maintain a relatively peaceful environment. However, a terrifying attack on a young man in Mallorca has sent shockwaves through the local community, heightening the level of violence in the capital.
As many were out enjoying Three Kings Day (January 6) with their loved ones, delighting in the plethora of parades and celebrations available, an 18-year-old man was brutally knifed in the neck on Palma’s Paseo Maritimo in a viscous assault.
As reported by the National Police, who have now opened an attempted murder probe on the case, the victim had been attending a party at the popular Club de Mar nightclub, located on Avinguda Gabriel Roca when he crossed paths with a dangerous individual on the premises. According to eye-witnesses the young man was laughing with his friends at a joke, which was seen as a direct insult to the nearby man.
The victim then went to use the bathroom and was followed by the assailant who asked why he was being mocked. A heated argument then pursued, with the assailant breaking a glass cup in his hands by throwing it onto the floor, where he then picked up a large shard and knifed the young man in the neck.
His screams for help sent security guards flying into the bathroom, where the found the victim lying in a pool of his own blood on the floor. They then stemmed the bleeding by applying pressure on the gaping wound until paramedics arrived at the scene. The young man was rushed to Son Espases Hospital and medical personnel report that he is in a stable condition and expected to recover from the harrowing attack.
Within minutes of being on the premises, police officers were provided with a detailed description of the assailant by witnesses in the nightclub. After filing a search request through the police station, a patrol car was able to locate and detain the suspect who was surprisingly hovering slightly further down promenade.
As Euro Weekly News understands, the man has been arrested on the suspicion of attempted murder and will be remanded in custody until a court appearance later this week.