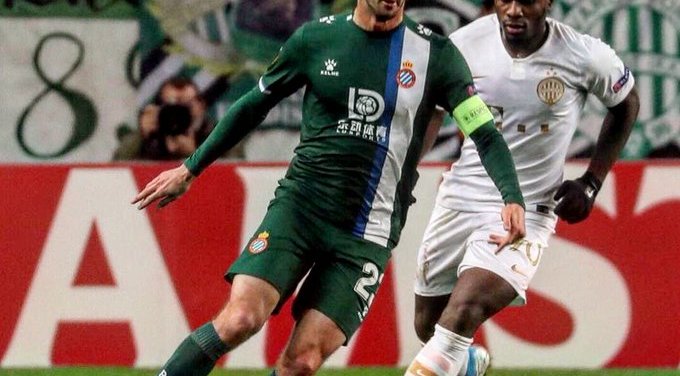 “El Pirata” (The Pirate) from first division Espayol, joins ranks with Marbella F.C. and will remain until at least 30 June 2021.

Marbella F.C. is taking it’s position in the Spanish football league serious. Not only are they leader in Group IV of the Second Division B, the club is also showing its ambition in sealing top-class players this winter.

Spain’s Marbella F.C. delivered their first “goal” a few weeks ago with the signing of Juanmi Callejón and, on the verge of closing the winter market, they have put the cherry on the cake with the surprising signing of Esteban Granero.

The signing of the ex-Real Madrid player, with whom he won the La Liga and the Copa del Rey, has been officially announced by the club this Thursday. A player that will be linked with Marbella F.C. for the remainder of this season and the following, until June 30 of 2021.

The news has been greeted with enthusiasm by club members.

“The Pirate” as Esteban is known in the football world, has an extensive career. He came out of the youth system of Real Madrid, played in the first team for three seasons and has played in other big clubs like Getafe CF, Queens Park Rangers, Real Sociedad and RCD Espanyol.

The midfielder from Madrid joins Marbella’s ambitious project of growth and success with the aim of aiding the club to promotion of the silver category of the Spanish football league.

Esteban Granero had played 21 official matches with Espanyol this year, between La Liga, Europa League and Copa del Rey and the club issued a statement announcing the departure of a great player:

“This Thursday Esteban Granero has finished his period as a player of RCD Espanyol of Barcelona. The footballer from Madrid, one of the captains of the first team, has reached an agreement with the blue and white team for the termination of his contract, that was going to end on the 30th of June.

Granero arrived to the club in the summer of 2017 under the guidance of Quique Sánchez Flores. In these two and a half seasons Esteban has played 82 official matches with the blue and white shirt in which he scored six goals. In addition, he has become one of the referents in the locker room and formed part of the list of captains of the team.

RCD Espanyol of Barcelona wants to publicly thank Esteban Granero for his professionalism, commitment and involvement, a combinations that made him one of the most respected players by the fans. The club wishes him the biggest successes both personally and on a sporting level.”