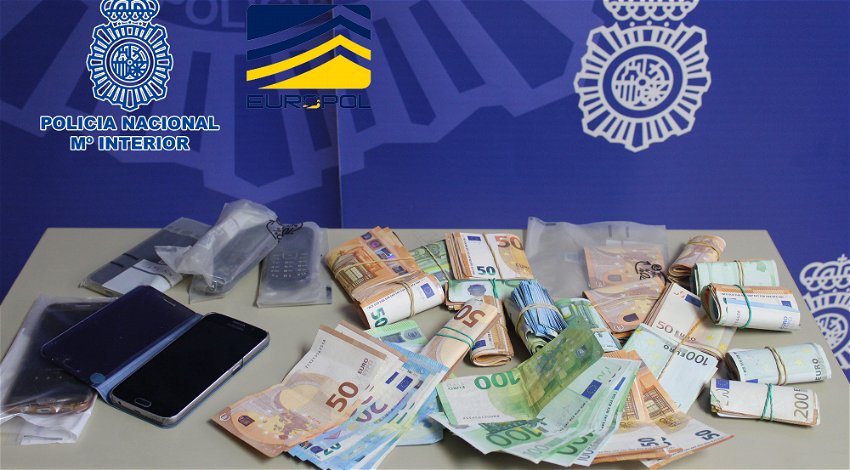 POLICE have made 26 arrests in an investigation into a criminal organisation based in Almeria, Alicante and Algeria believed responsible for getting more than 900 illegal North African immigrants into Spain last year.

Police said the highly organised network used small boats to transport immigrants from the coast of Oran in Algeria and Tangier in Morocco to the Almeria and Cadiz shores. The gang charged each person between €2,000 and €2,500 to make the crossing, putting the total amount raked in from people smuggling in 2019 at in excess of €1.5 million.

The investigations into the organisation’s activities, and on which EUROPOL played a part, concluded with police raids on five properties in Almeria and one in Alicante, leading to the seizure of €20,000 in cash, 17 vehicles, mobile phones and a whole bunch of documentation.

Police said the Spanish-based side of the operations had worked in full coordination with the members on the African side of the Mediterranean. Before the boats set out to make the crossing, those in Spain were informed of where and approximately when they were due to arrive and the number of immigrants on board.

The network’s route of choice was from Oran to Almeria, hence the majority of immigrants they brought over were Algerian.

They used high-speed boats with strong motors which could cross the Alboran Sea in three hours, and had several safe mooring points to facilitate the reception of the immigrants. Over time they began exploring the Tangier to Algeciras route in order to being in Moroccans.

The organisation in Spain also had at its disposal a significant fleet of vehicles for transferring immigrants to different parts of Almeria and Alicante, and to other parts of the country, including Murcia, Barcelona, Tarragona and Lerida. The immigrants either had friends or family in these locations, or caught buses to travel on to other parts of the EU.

They were expected to pay the smugglers an extra €500 for a road transfer within Spain. Police reported that the gang would simply abandon immigrants which didn’t come up with the additional cash on the motorway, or even hold them in organisation properties until their families stumped up the money.

Eighteen of those police detained were in Almeria, six in Alicante and two in Zaragoza.