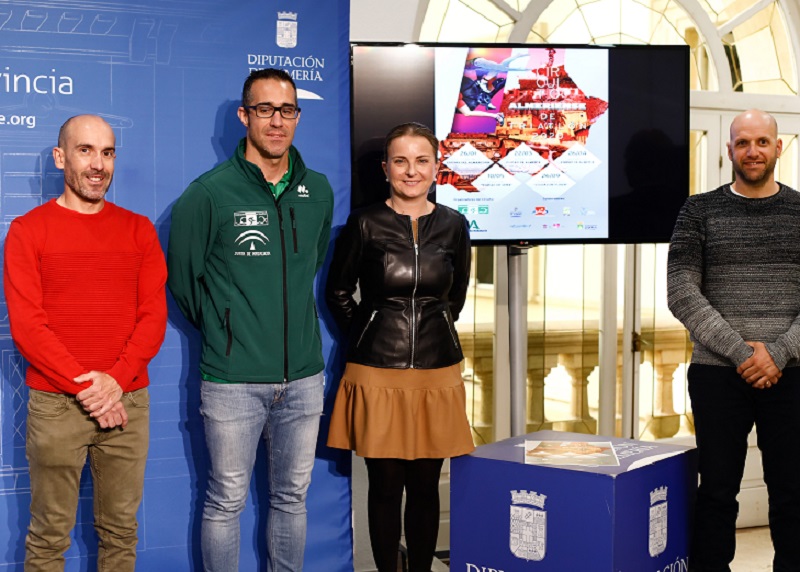 SHARED GOAL: Both the Diputacion and the Andalucia Triathlon Federation want to promote sport in the province. CREDIT: Diputacion de Almeria

THE provincial government has unveiled the planned dates and venues for this year’s Almeria Triathlon Circuit, although the days were set before the announcements on restrictions on public gatherings and the postponement of events in a bid to prevent the spread of the coronavirus.
As it stands, trails are scheduled to take place in the provincial capital on March 26 and April 26 in the provincial capital, on May 10 in Vera and on September 26 in Tijola.
The Cuevas del Almanzora event has already taken place.
The Diputacion de Almeria says it wants to promote sport in all the province’s 103 municipalities and triathlon makes up just part of its broad programme of different sporting disciplines.
Speaking at the triathlon presentation at the Provincial Palace, Sport and Youth deputy Maria Luisa Cruz described the circuit as “an attractive competition with trials in different parts of the province.”
She remarked on how the events “develop values associated to sport through the ‘Almeria plays clean’ programme and equality given that the number of female participants in these competitions increases every year.”
The deputy was accompanied at the presentation by Andalucia Triathlon Federation delegate German Rodriguez.
“For us the support of the Diputacion for any kind of sporting event is essential as we have common goals, some general, like the development of sport, and others specific, as in this case, the promotion of the triathlon”, he commented.
He also clarified that as well as the classifications for each trial, there will be provincial rankings based on the results of the champions in each competitive category, for both men and women. To qualify for the provincial classification competitors will have to take part in at least three races.