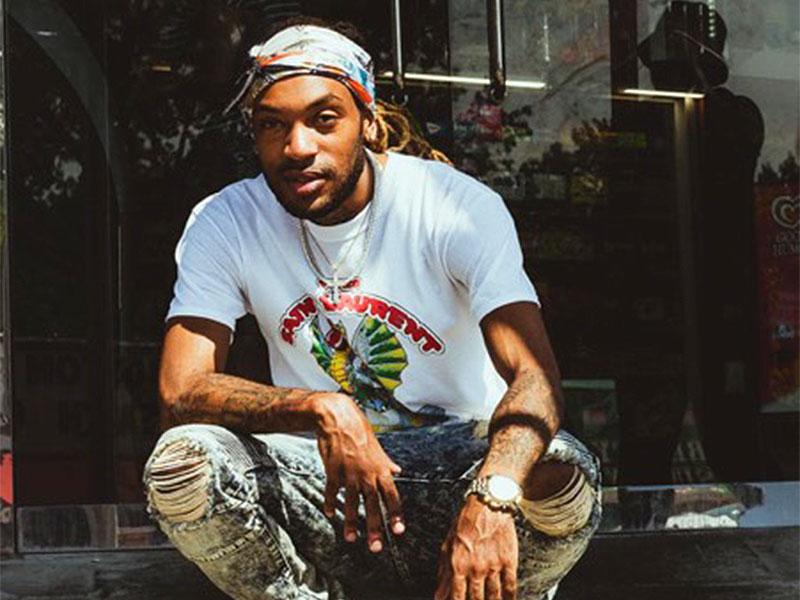 Fresh, new, and different – that perfectly describes the music of the talented musician Klassik Frescobar. He draws inspiration from different genres like American Rap and Hip-hop and Jamaican Soca and Calypso, Reggae, and Dancehall to add new flavor to the music industry.

Kamaal Burrowes, Klassik’s real name, was born in New York, but raised by his grandparents in Kingston, Jamaica. It was there where he fell in love with the local music genres Soca and Calypso which regularly played on the radio. He would also listen to artists like Sean Paul, Bounty Killa, and Beanie Man on his mom’s cassette player without knowing that these artists were not from Jamaica.

When he was 13 he returned to New York, where he spent most of his time in the Bronx listening to hip hop and taking part in battle rap. He wrote his own songs and called himself Sikk. Later he changed the Sikk to Klassik and added the word Frescobar –Spanish for “fresh”, and “bar”, which is a musical term.

By the time he was 17, he started thinking about a career in music. He never forgot his roots though and regularly went to Dancehall parties. It was during this time that he met Ricky Blaze, who was born in Jamaica and now lived in Brooklyn.

Klassic has been quoted as saying “I’m not a one-dimensional person, so I don’t make one-dimensional music. I write about love, hate, drugs, streets and everything in between. As long as it’s real and from the heart, people will love it.”

In 2009 he released his mixtape “Back for Revenge”, which was hosted by DJ Diggz, DJ Lust and Evil Empire. It was a hit with his fans in the Bronx and they started calling him “The Bronx Hiroshima” because he was the bomb. Following the success of “Back for Revenge,” he released “Sleep When I Die“ in 2010.

That same year he was arrested and sentenced for a robbery in 2009. He made it clear to his fans thought that it was not the end of his musical career. Klassik then released the “Free Klassik EP”. His loyal fans took pictures wearing “Free Klassik” gear and posted it on social media.

Despite New York being his “favourite place in the world” he moved to Miami in 2014 because there is quite a large Caribbean community in South Florida. “The fans love my music because it’s high energy. It’s soca fused with the dancehall and hip-hop influence I grew up on. I focus on exciting the people and making them dance,” he said in an interview.

LL Cool Blaze was one of the people who encouraged him to make the transition to soca. He did this “by inviting me to get on a rhythm, the ‘Bad Boys Riddim’”, Klassik said. He took Blaze’s advice and five years later he achieved success with his single Boom on the Fuego riddim.

Klassik revealed who some of his favourite artists are. People he really admires. His favorite dancehall artist is Vybz Kartel, because “he’s extremely talented and very determined.” He said that Kartel’s hustle is an example that he follows. His favorite soca artist is Patrice Roberts because “despite her thriving career and longevity she still puts out music constantly”. He also admires Problem Child & Mical Teja for their incredible songwriting abilities.

In 2020 the remix of his hit “Looking Good” charted at number 1 on iTunes’ Top 100 Reggae Songs. The Soca artists Kisha, Trinidad Ghost, Marzville, and Trinidad Madman worked with him on the remix. This year his song “Too Much” charted on the Barbados Top 200 Shazams as well as on the Bermuda Top 200.

Klassik Frescobar’s music is totally unique, just like the ackee fruit used in Jamaica’s national dish, Ackee and Saltfish, and certainly adds a new flavor to the music industry.