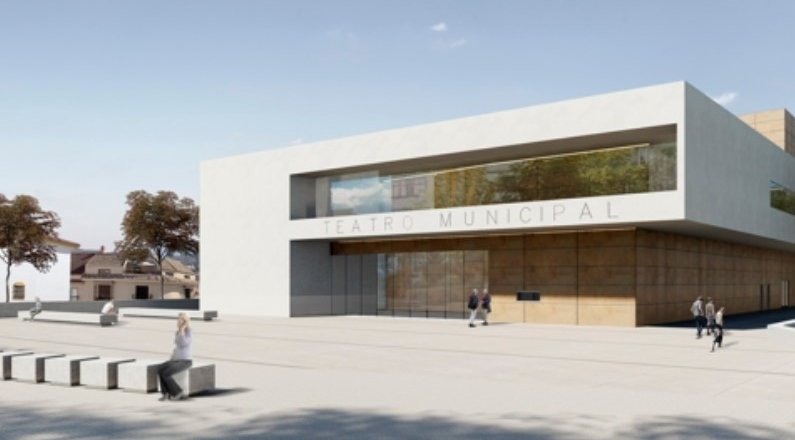 Joaquín Villanova, the mayor of Alhaurin de la Torre, has announced today, Friday 14, the allocation of €3m (£2.58m) in funding from the town hall towards the construction of a new municipal theatre in the town, a project that was originally designed to start 20 years ago, with money promised by the Andalucian Government, but it never materialised.
During the ordinary plenary session of May, which was held electronically, the vote was taken to set the project in motion, and it was given the green light, with the €3m (£2.58m) coming from the town hall funds, with an additional €500,000 (£430,000m) from the Provincial Council funds.
As well as the 572 seat theatre, the proposed 2,075m² project includes the creation of the square called the ‘cultural block’, which will incorporate the ‘Antonio Garrido Moraga’ Municipal Library, located between Calle Alcalde Juan Rodríguez Ruiz and Avenida Presidente Adolfo Suárez, as reported by diariosur.es.
Mr Villanova explained that the original project drawn up many years ago has now undergone an update and fresher design by the Department of Urbanism, and will include a 300m² stage area with dressing rooms, an amphitheatre, a waiting room, and a utility room, along with various other smaller rooms, and he estimated that the final cost would be around €8m.
The mayor, faced with concern among opposition councillors, expressed the need “to bet on culture and generate economic activity and employment in the cultural sector and also in construction during execution”, adding, “It is what we need to be part of the great cultural circuits”, with the theatre designed to be a scenic space “of metropolitan scope” to host large shows and events.
The Euro Weekly News is running a campaign to help reunite Brits in Spain with their family and friends by capping the costs of PCR tests for travel. Please help us urge the government to cap costs at http://www.euroweeklynews.com/2021/04/16/ewn-champions-the-rights-of-brits-in-spain-to-see-loved-ones-again/