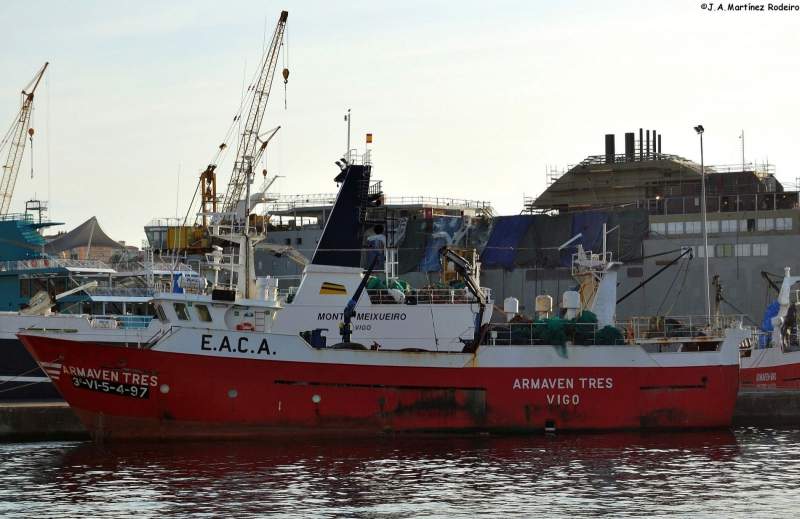 A SPANISH fishing boat has sparked outrage in Ireland after it was caught deceptively under-recording the amount of fish it caught, in a move that is sure to set fuel to another debate about the EU’s unpopular Common Fisheries Policy (CFP).

The boat, The Armaven Tres, was temporarily detained by inspectors in Castletownbere, a fishing town in West Cork, where the master was ‘fish slapped’ with a fine of €9,000 (£7,739). Castletownbere is located on the Beara Peninsula by Berehaven Harbour and is also known as Castletown Berehaven. A regionally important fishing port, the town also serves as a commercial and retail hub for the local hinterland.

Members of the Sea-Fisheries Protection Authority (SFPA), the sea fisheries regulator, said the discrepancy was noticed during a routine inspection when at the port. Catches of monkfish were found to have been woefully under-recorded, according to the Fishing Daily.

Dr Susan Steele, chair of the SFPA, said the authority is committed to sniffing out all cases of illegal fishing in Ireland’s waters. In a statement, she said what the Spanish boat had done was a “serious offence” and failure to record catches “creates a clear risk to stock management”.

She added: “The vast majority of fishers operate within the requirements of the EU Common Fisheries Policy. Unfortunately, there are still some who fail to do so. We are committed to detecting all cases of illegal fishing in the interest of protecting our sea-fisheries resources and supporting their sustainable development.”

As the regulator, the SFPA is responsible for monitoring and enforcing compliance with the EU Common Fisheries Policy, ensuring equality and fairness for all fishers and the continued sustainability of Ireland’s valuable marine resources.  It monitors all vessels operating within the Irish EEZ electronically with the support of the Naval Service, and reviews and assesses their declared catches for compliance with EU sea-fisheries legislation. Where non-compliances are found, prosecutions may follow as with any incident of non-compliance with the law.