Airbus In Sevilla Supplies Its One Hundredth A400M Aircraft 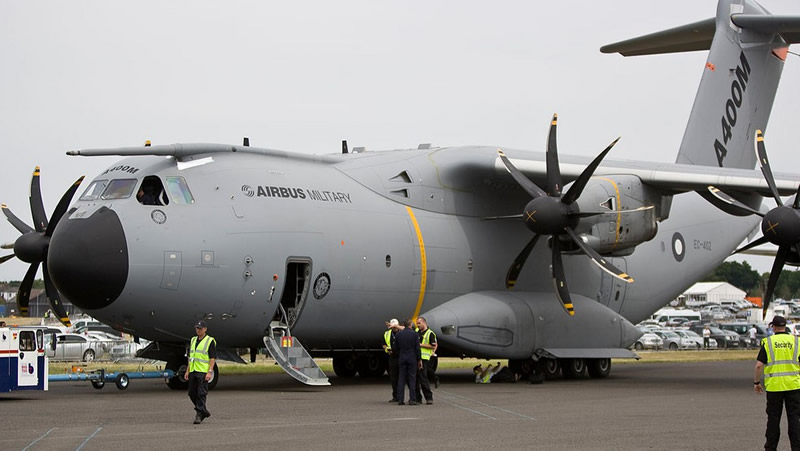 Airbus has reached the glorious milestone of having supplied one hundred of its next-generation military transport aircraft, the A400M, which is assembled on the company’s Final Assembly Line in Sevilla, as the aircraft with registration number MSN111 took off from Sevilla, bound for Zaragoza, where it will join the Spanish A400M fleet of aircraft, the tenth of this model that the Spanish Air Force has acquired from Airbus.

During this same week, Airv¡bus completed another milestone, as the global fleet of A400M aircraft supplied to eight nations worldwide, clocked up 100,000 hours of airtime performing missions around the world.

As the manufacturer explains, all operators have the possibility of using the aircraft intensively in emergency missions related to Covid-19, as well as conducting joint and cooperative operations, stating, “All these milestones clearly demonstrate the maturity of the A400M program across the board”.

An Airbus spokesman revealed how recently, the French Directorate General of Armament (DGA), using an A400M aircraft, conducted the first-ever test campaign to certify helicopter flight refuelling, which included the first simultaneous refueling of two helicopters, as reported by sevilla.abc.es.

Capable of deploying up to 116 paratroopers by simultaneously launching from the side doors with automatic parachute opening, or with simultaneous jumps from the ramp with automatic parachute opening or in free fall, day and night, the A400M has recently been used by the Spanish Air Force, in collaboration with the British RAF parachute test team to increase the altitude for the automatic opening of a parachute to 7,600 metres (25,000 ft) and to 11,582 metres (38,000 ft), the altitude for free fall.

France and Spain also carried out a joint test using the A400M, to increase and certify its airdrop capability using multiple parachute extraction platforms, for launching cargo on unprepared runways and without handling equipment, of up to 23 tonnes, along with tests to unload under combat conditions, up to 19 tonnes of pallets in a single pass, or of 25 tonnes in two passes onto paved or unpaved landing strips.

According to Airbus, its A400M military transport aircraft also achieved a new milestone with its flights certifying its low-altitude automatic flight capability for instrumental meteorological conditions (IMC), which is a first for a military transport aircraft, as it relies on navigation systems and terrain databases and does not require a terrain-following radar, making the aircraft less detectable in hostile areas and less vulnerable to threats when operating in risky environments.