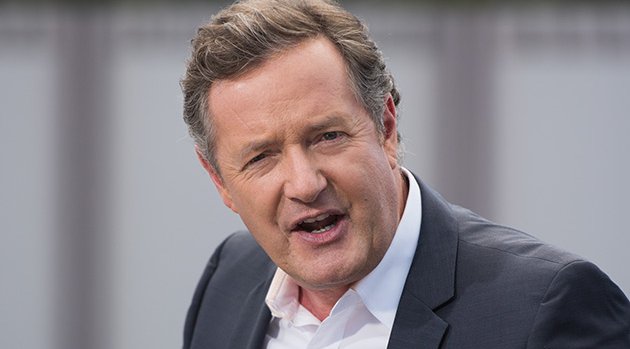 Morgan thinks a month more of restrictions is good. Not everyone agrees with him. Image: Wikipedia

Piers Morgan is at loggerheads with a fellow Daily Mail columnist over whether extending Covid restrictions in the UK was a good idea or a disaster.

According to Morgan, the government did the right thing by acting cautiously. But Richard Littlejohn claimed they had “snatched defeat from the jaws of victory”.

“Now we’re told there’s to be ‘one last heave’. Last heave? Makes me want to throw up,” Littlejohn wrote in a blistering attack.

“The Government hasn’t so much moved the goalposts as demolished the entire stadium and decamped to another postcode — rather like Wimbledon football club did when it abandoned South-West London and relocated to Milton Keynes.

“Now the excuse is that the health service is struggling to meet demand for delayed treatment of other life-threatening conditions, which have been shamefully neglected during the pandemic,” he added.

“The authoritarian, knee-jerk treatment of those who were given the all-clear to travel to Portugal, for instance, then told that they had five minutes to come home again, or else, is nothing short of a scandal. The travel industry is on its knees, all hope of recouping the billions of pounds lost over the past 15 months having evaporated.” he wrote.

Piers Morgan however insisted the government is right to be cautious.

“Life may not be perfect but it’s a hell of lot better than it was a few months ago – so Boris is right to delay Freedom Day and get us properly jabbed before the Delta variant takes away what freedom we’ve already won back,” he wrote in his column.

“It’s a merciless, cruel, vicious and sinisterly invisible enemy that will do whatever it can to infiltrate our bodies and wreak its horrific damage, especially on the weakest, oldest, sickest and most vulnerable members of our society.

“And the only way to defeat it is not with testosterone-fuelled defiant bravado, or screaming 24/7 about how unfair pandemic life is, but by a cold, hard, methodical, data-driven scientific strategy that can outwit this ruthless and horribly cunning enemy,” he added.