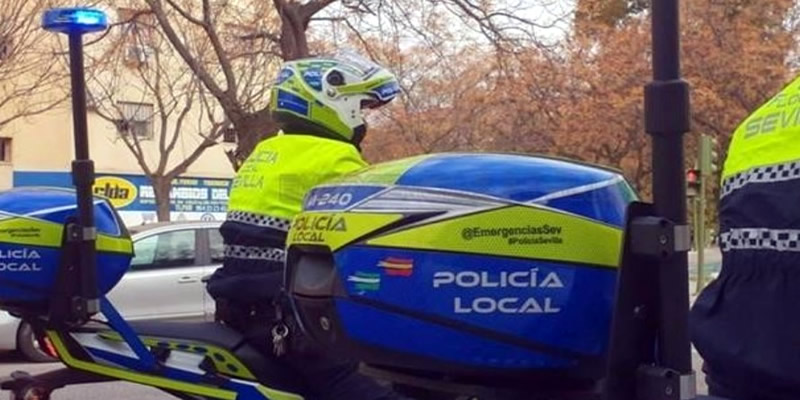 Officers of the Sevilla Local Police, belonging to the Department of the Interior and Major Festivities, on Thursday 24, arrested two minors under 15 years of age, after a long chase through the streets of the city, during which the two boys were riding on a stolen motorcycle.

The incident occurred at around 4.30pm when a plainclothes police patrol observed a motorcycle with two passengers emerge from Calle Arjona and take off at high speed along the Paseo de Cristóbal Colón, jumping several red lights in the process, which resulted in the officers giving chase, having received information from the Local Police Control Centre that the bike had been reported stolen one day earlier.

Two more Local Police officers on motorcycles joined in the chase, which by now had entered the Los Remedios neighbourhood, with the two boys reportedly creating grave danger to pedestrians, as Juan Carlos Cabrera, the Deputy Mayor for the Interior commented, “An irresponsible behaviour on the part of these minors that caused a serious danger for the people who were calmly strolling through Los Remedios”.

Continuing along Paseo Delicias and Avenida de la Palmera in the direction of Bellavista at high speed, jumping more red lights, and even driving in the wrong direction along streets, the chase came to an end in Guadaíra Park, where the young rider lost control of the bike on the grass, fleeing on foot, while officers detained his passenger.

The motorcycle cops pursued the boy until eventually catching him, at which point he pushed one policeman to the floor, before being held by the other officers, who on verifying his age, contacted the boy’s parents to inform them of the trouble their son was in, and to come and collect him as he was underage, notifying them of proceedings that will be taken, while the injured police officers had their injuries tended to at a local medical clinic, as reported by sevilla.abc.es.