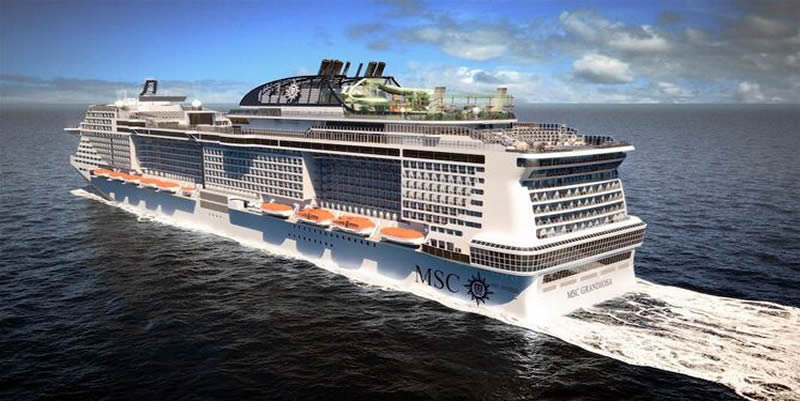 Three passengers from the Grandiosa cruise ship – operated by the American company, MSC Cruises – which docked this Saturday 3 in the port of Barcelona, have tested positive for Covid-19, and, as a result, must be quarantined.

According to TV3, sources from the Port of Barcelona confirmed to Efe that three infections had been detected on Friday 2, in the fourth and last of the tests to which all passengers of this cruise are subjected, during which, more than 2,300 people have travelled for a week around the Mediterranean Sea.

The three young people who have tested positive are two from Barcelona, and one from Zaragoza, who are asymptomatic and disembarked after the rest of the passengers.

After disembarking, as the three passengers have tested positive for the virus, in the case of the two young people from Barcelona, they were reportedly transferred by special transport to their home, and the one from Zaragoza, to a hotel, where they must all undergo the mandatory quarantine period.

Thanks to the mandatory bracelet worn by all the passengers on this cruise ship, it was possible for the health authorities to trace the contacts of the three infected, specifically, 14 people, all of whom have tested negative.

Port sources explained that the security protocols that are followed on this cruise are “very strict”, with passengers having to take a test 48 hours before the trip, a second test is made as soon as they board the ship, a third test is carried out in the middle of the journey, and the fourth and final is made the day before disembarking.

MSC has highlighted their belief that this incident has confirmed the effectiveness of the periodic tests carried out on board the ship as part of the Covid-19 prevention protocol, as only three passengers test positive.

According to Barcelona port sources, the ship will depart again at approximately 3:00pm on Saturday 3, and will continue its itinerary, after around another 500 passengers boarded the ship, to join the more than 1,500 who were already on board, thus becoming the first international ship that made a stop in the Catalan capital since the beginning of the pandemic, as reported by malagahoy.es.