David Hasselhoff meets up with KITT again in Sevilla 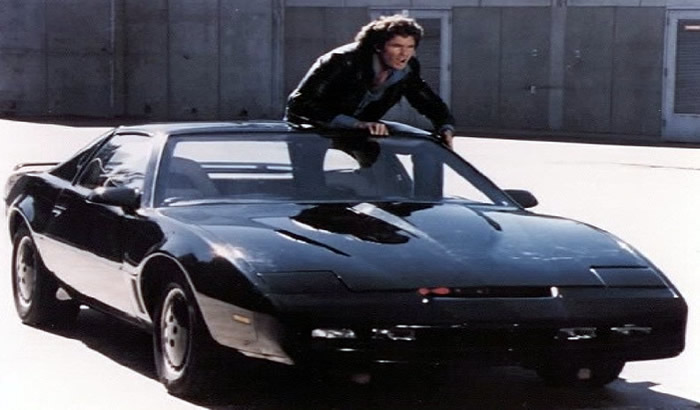 Michael Knight and his inseparable crime-fighting partner, the car called KITT – from the cult 1980s television show, Knight Rider – both made an appearance in Andalucia last night, Thursday 8, at the Admiral Casino in Sevilla, as David Hasselhoff turned up in person at the gaming establishment.

Actor and singer David Hasselhoff has a collaboration agreement with the Austrian group Novomatic, owner of Admiral Casinos worldwide, two of which are located in Andalucia: one in San Roque in the Campo de Gibraltar, and the other, in Tomares, Sevilla, both of which he visited, and happily posed for photos with fans, and signed autographs, for around 500 people reportedly.

According to an Admiral spokesman, Hasselhoff’s visit was unannounced, so some lucky fans happened to be in the right places at the right time, with one Knight Rider enthusiast asking permission from the Sevilla Casino management to bring his replica of KITT, which ended up parked outside the front doors, and became the second-most photographed Knight Rider star of the evening.

In 2021, nobody will be at all surprised by a watch that can be used to communicate with a car, or of a car with a built-in computer, but, in the 1980s it was pure science fiction, and we must all remember that brilliant TV show Knight Rider, and how Michael could get in contact with his sleek black car which was controlled by artificial intelligence, and was virtually indestructible, due to a high-tech coating applied to it.

Hasselhoff’s other smash television show was of course Baywatch, where he played the character of Mitch Buchannon, starring opposite Pamela Anderson, as lifeguards operating on the beach at Los Angeles County, California, a show which at the height of its success became the most-watched television show in the world, regularly attracting more than 1.1 billion viewers, as reported by sevilla.abc.es.