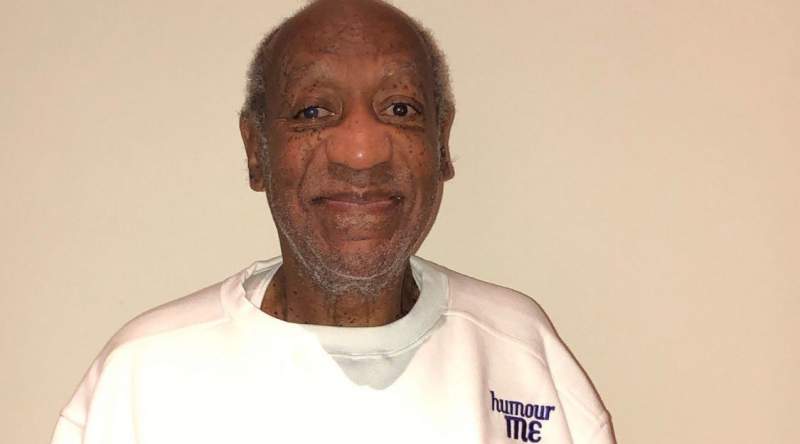 Bill Cosby accusers 'furious' over photo's of him smiling away while celebrating his 84th birthday. image: Twitter

Bill Cosby accusers are ‘furious’ after photo’s of him smiling away while celebrating his 84th birthday were posted on social media.

All smiles and looking relaxed and healthy, Bill Cosby paid tribute to his wife Camille as he celebrated his 84th birthday on Monday, revealed The Daily Mail.

In the photo of Cosby at home, he can be seen celebrating his 84th birthday – a free man since being released from prison on June 30 and his conviction for drugs and sexual assault on Andrea Constand overturned.

However, social media erupted with complaints and personal attacks on Crosby, who many believe committed the sexual acts he was accused of.

The actor who is planning a return tour said: “I just got a new [hair]cut out for that birthday dinner tonight. In the words of James Brown, it’s a man’s world but it would be nothing without Mrs Camille Cosby.”

US comedian Bill Cosby’s release from prison after his sexual assault conviction was overturned led to an outpouring of anger and shock.

His 2018 conviction for drugging and molesting ex-basketball player Andrea Constand was overturned on Wednesday. Judges said there had been a “process violation” by the prosecution, however, they did admit their ruling was unusual.

Many have expressed concern that the decision could deter women from coming forward in the future.

The decision “is not only disappointing but of concern in that it may discourage those who seek justice for sexual assault in the criminal justice system from reporting or participating in the prosecution of the assailant,” Ms Constand and her attorneys said.

Upon his release, Mr Cosby tweeted: “I have never changed my stance nor my story. I have always maintained my innocence.”

A group of eight women who have accused Bill Cosby of offences ranging from groping to rape vowed to continue their fight after he was released from prison.

“I’m feeling frustrated,” Marcella Tate said. “And upset because I feel like a bully has been let go.”

“I’m concerned for the victims of sexual assault, that they will have that attitude of why bother?” Barbara Bowman said. “Why bother telling my story?”

The judge overturned Cosby’s conviction because of a due process issue, saying that his rights were violated because he was prosecuted after being promised by a prosecutor that he would not be charged.