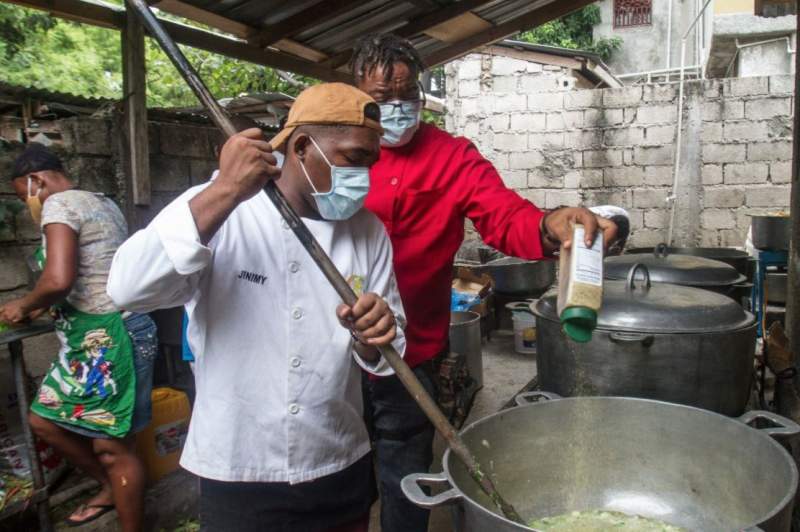 Top Spanish chef feeds Haiti earthquake victims. Jose Andres landed in Haiti on Monday and is ready to feed survivors of the horrific earthquake which left over 1,400 people dead.

Jose has spent 27 years living in the New York area, but was originally born in Spain’s Asturias. The famous chef is known not only for his stunning food but also for his global charity which helps people who are struck by disasters across the world.

World Central Kitchen has helped out many people including victims of Hurricane Dorian in the Bahamas and victims of the shocking forest fires in Greece.

Jose and his team are now in Haiti, after a 7.2 on the Richter scale earthquake left tens of thousands of people in need of help.

Jose took to Twitter and said: “We just landed with more cooking equipment to expand operations.”

“Rain is starting from tropical storm Grace, adding to the difficult situation for everyone after the earthquake.”

Jose’s World Central Kitchen are also working hard in Spain after a forest fire broke out in the area leaving devastation in its wake.

Related: Over 1000 people evacuated as Spanish mountains burn in Spain’s Avila. The fire broke out on Saturday, August 14.

The mayor of Solosancho, in Avila, Jesus Martin, was left in tears after a “very hard” night for residents in the area. He emotionally spoke of how no one has “slept a wink” and how “our mountain range has been burned”.

The municipality only has 900 inhabitants and Martin along with the rest of the residents have felt hours of “tension, panic and anguish”. So far about 500 people from the villages of Villaviciosa and Robledillo have had to be evacuated to safety.

These are not the only people to have been evacuated due to the fire and previously 250 people from the town of Riofrio and a further 250 people from Sotalbo were evacuated. This brings the total number of evacuees to around 1000 after a fire broke out on Saturday, August 14. The blaze broke out after a vehicle caught fire near the N-502 (Avila-Cordoba). The fire spread between Navalacruz and Cepeda de la Mora.