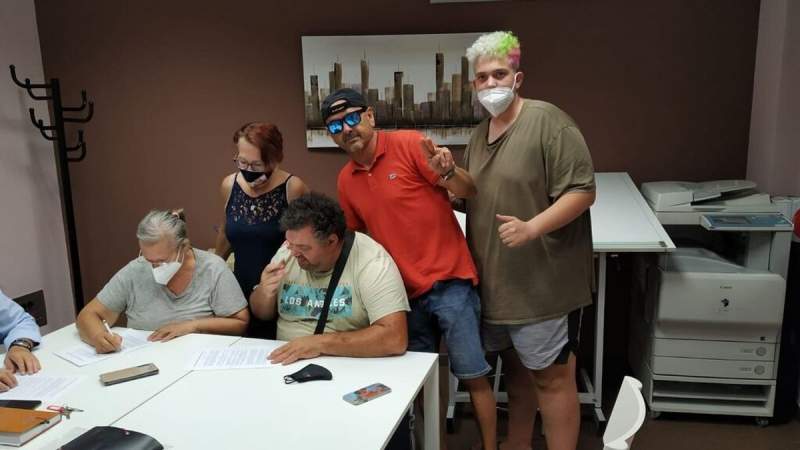 Anonymous donor pays year's rent for family who had been living in their car for 2 months. image: Twitter

Anonymous donor pays year’s rent for a family who had been living in their car for 2 months.

After almost two months living in their car, the Armilla family from Granada in Andalucia, Spain, have a home again, with rent and electricity paid for a year by an anonymous donor.

The selfless generosity of Araceli López, president of the Association of Women La Gran Familia has been key in this happy ending

There seem to be more good people than we are sometimes allowed to see on a society day. After two months of sleeping in their car next to a park, Lucía and José Luis and their two children will have a roof to live in for a year.

The pandemic took away their home and then their business and they had been sleeping in their car for almost two months. But the good heart of an anonymous donor has given them a roof over their heads and a new opportunity.

This happy ending would not have been possible without the figure of Araceli López, an Asturian woman living in Armilla, a pensioner and president of the La Gran Familia Women’s Association.

According to a report from NIUS, Araceli said that despite having a donor willing to pay a year’s rent and electricity, it has been “super difficult” to find a home for the family.

“The person who has rented his home is someone with a big heart, people like the one we need in society,” says Araceli.

Araceli has gone out of her way for this family during the two months that they have had to sleep in the car. “Sometimes she would tell Lucia to come for food, she also spent many nights worrying about José Luis who has sleep apnea and had nowhere to plug in the machine. Luckily, they are going to have a home, “she added.

Once they have a home, the next goal of this family is to find jobs to survive. The eldest of the children has already obtained a permanent contract in a tea shop through a friend and the youngest has resumed his studies. Parents Lucia and José Luis are willing to work for whatever it takes because now they are excited and very grateful to Araceli for all the help received.

Araceli’s selfless generosity has allowed this family to start over and face the future with enthusiasm and hope- there ARE good people out there! RH