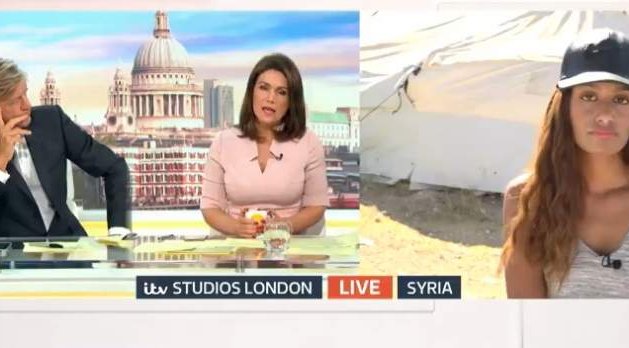 Former ISIS sympathiser, Begum said she thought she was ‘doing the right thing as a Muslim’ by joining ISIS and she ‘did not want to hurt anyone’ and apologised for offending the British public over her comments on the Manchester arena bombing.

The runaway ISIS bride, aged 22, ran away from Bethnal Green some six years and has been at the centre of a citizenship wrangle ever since.

“I also have lived in fear of Isis and I also lost loved ones because of Isis, so I can sympathise with them in that way.”

Speaking from Syria and wearing a Nike baseball cap and grey vest, Begum said she came to Syria expecting simply to get married, have children and “live a pure, Islamic life”.

“The reason I came to Syria was not for violent reasons.”

She also insisted that there was “no evidence” she was involved in preparing terrorist acts and said that she was willing to face terror charges in the UK.

“I am willing to go to court and face the people who made these claims and refute these claims, because I know I did nothing in IS (so-called Islamic State) but be a mother and a wife. These claims are being made to make me look worse because the Government do not have anything on me. There is no evidence because nothing ever happened,” she said.

Ms Begum said she would “rather die than go back to IS” and added:

“The only crime I committed was being dumb enough to join IS.”

When asked what she will do now, Shamima said there was nothing she could do but wait in the camp and “wallow in my own self-pity.”

95 per cent say: Shamima Begum should not be allowed back into the UK

Based on the results of an EWN online survey, as well as the comments received on our social media, more than 95.6 per cent of the readers who responded think that she should not be allowed back, following a new plea from the former Daesh bride to return to her ‘home’ in the UK.

One reader said “Absolutely not! She has shown no remorse whatsoever about the atrocities committed by those she supported. She should be tried for treason if she ever sets foot in the UK.”

Another added “No way! She knew exactly what she was going to do over there.”

Very few showed any support for her, although one response read “She should be given another chance. She lost her baby. That’s big karma.”

Earlier this year critics accused Shamima Begum of faking her new western look to help her win her court battle to return to the UK.

The British government revoked her citizenship on national security grounds shortly after she was found, nine months pregnant, in a Syrian refugee camp in February 2019.

Begum’s Dutch jihadist partner, Yago Riedjik, vowed in November last year that he will join her in Britain if she is allowed to return to her home country and told her to “stay strong” throughout the court procedures which she has been pressing forward with in an attempt to return to the UK.