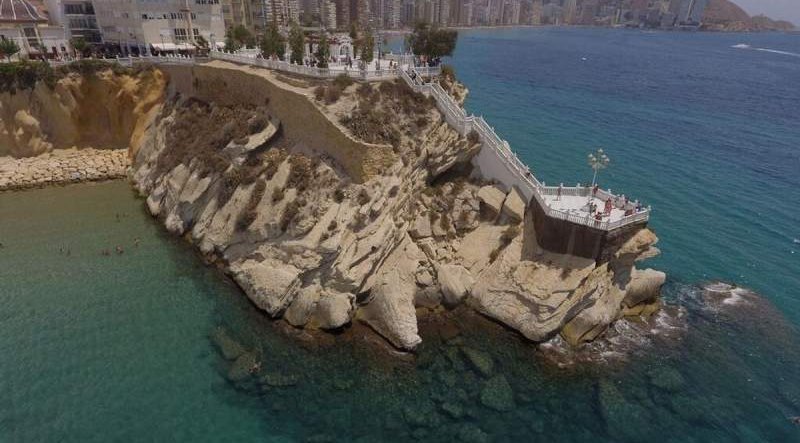 A critically injured woman who fell while taking a selfie in a Benidorm tourist spot has died in hospital.

The 26-year-old woman fell over 20 metres and struck the rocks from a viewpoint at the Mirador del Castillo in Benidorm. The woman, who was a Ukrainian national, died today, Friday, September 17, three days after being admitted in critical condition into the Resuscitation Unit of the General University Hospital of Alicante on Tuesday, September,14.

The accident happened at the popular viewpoint known as the ‘balcony of the Mediterranean’, one of the most photographed points of the tourist capital of the Valencian Community.

At the time of the fall, the young woman, accompanied by a friend, had apparently climbed on a railing to take a photo with the Levante beach in the background, as lifeguards who were in the area reported. The drop is over twenty metres down the cliff to the rocks and the sea.

After being located by the rescue services, the young woman had to be revived by the SAMU unit that had travelled to the scene. On arrival, the medical teams performed advanced cardiopulmonary resuscitation manoeuvres until they managed to recover her vital signs, later transferring her to a nearby Hospital in Alicante.