The whole world is going crazy! 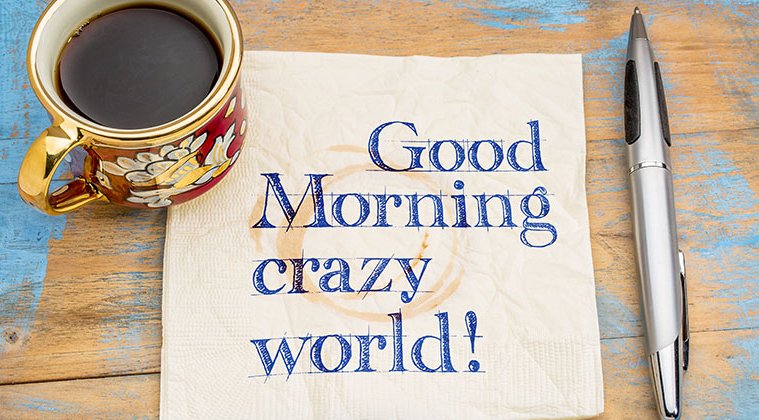 WELL what a time to be grumpy – the whole world is going to hell in a hand basket! You have the crazy situation in Afghanistan where the USA and UK, after 20 years, decided that Afghans can manage without them only to realise two days after making the announcement the Taliban took over and proved what a waste of time the whole training of an Afghan army was. Time will tell how bad it’s going to get, but my guess is it’s going to be a total disaster especially for the women.

Then there’s the food shortage. It comes to something when Nando’s is the headline story on News at Ten. WHAT is going on? KFC, Greggs, Maccy D’s all running out of food along with Iceland and other supermarkets in the same boat (most likely the Titanic by the sounds of it). I don’t really understand it but it’s all to do with CO2 and the fact that there has been a global rise in the price of gas.

Supermarkets and food firms say the gas price rise has caused a shortage of carbon dioxide which is threatening UK supplies of meat and fresh produce, as well as fizzy drinks. It follows the shutting down of two large fertiliser plants in Teesside and Cheshire – which produce CO2 as a by-product – with the owners citing the increase in gas prices.

The UK Government blames the rise on the pandemic lockdowns and a reopening of the economy. Well they would wouldn’t they? Never able to take the blame for anything as usual. Of course, the ridiculous price of gas is affecting the public as well but have no fear Boris Johnson sought to reassure consumers the price increases were only “temporary” as the world economy picked up after the Covid pandemic. So that’s that sorted.

I wouldn’t believe that idiot if he told me… well anything really! Oh and this is the comparison he made so we idiots could understand: “It’s like everybody going to put the kettle on at the end of a TV programme, you’re seeing huge stresses on the world supply systems.” Thanks Boris – you plank!

So let’s see what happens next. All I know is that if the price hikes in power is the same as it has been here, there are going to be serious problems with people being unable to pay bills, never mind trying to get a bucket of chicken.