Actress fighting for her life after rare jab side effect 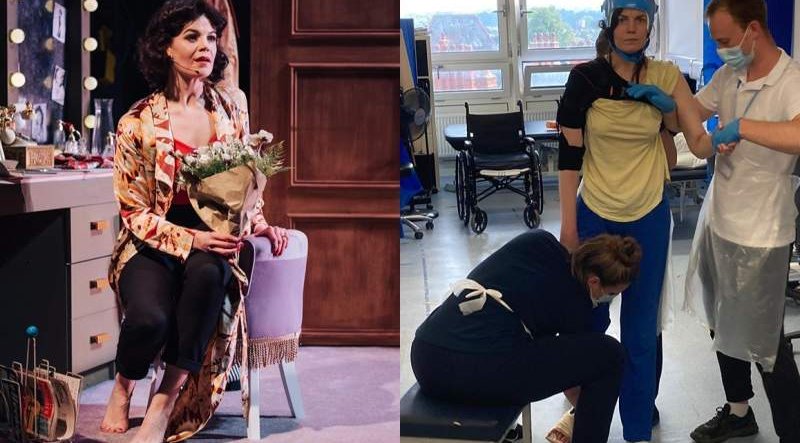 Actress fighting for her life after rare COVID jab side effect. An Australian actress who lives in London suffered a stroke after having the AstraZeneca jab.

Melle Stewart was a healthy, Australian actor. She had been living with her husband in London. She suffered a rare blood-clotting side effect after having the AstraZeneca vaccine. This caused a stroke which left her fighting for her life in ICU.

The first coronavirus jab was given to Melle in late May. A GoFundMe page has been set up on behalf of Melle’s husband Ben Lewis. The page was set up by Danae Stewart.

The GoFundMe page tells Melle story. Danae said: “14 days after receiving her first dose of the AstraZeneca vaccine, Melle woke up at midnight to a strange feeling on the right-hand side of her body.

“She tried to get out of bed but quickly collapsed. Melle was rushed to hospital where her condition quickly deteriorated, losing all movement on the right-hand side of her body as well as her ability to speak. She began having seizures and was taken by ambulance to St George’s Hospital, London, where neurosurgeons battled to save her life, removing a large part of her skull to reduce the pressure in her brain.

“After being admitted to the neurological ICU, Melle was formally diagnosed with Vaccine-Induced Thrombocytopenic Thrombosis (VITT). This is the extremely rare condition you may have heard or read about in the news, a condition that is now acknowledged by the manufacturer and the regulators as a very rare side effect of this particular vaccine.

“Unfortunately, Melle had had a severe stroke, caused by two large clots in the main veins of her brain, with the pressure and low platelets causing a secondary bleed in the left frontal lobe.

“Melle spent 3 weeks in an induced coma during which time she was ventilated and received a number of blood transfusion procedures to help remove the antibodies created by the vaccine that were causing the clots. She was also put on heavy doses of anti-clotting and anti-seizure medication, which continue to this day.”

Melle spent four and half weeks in ICU. She was eventually transferred to an Acute Stroke Unit to start her rehabilitation.

The GoFundMe page hopes to help relieve the financial burden on Melle and her family.

Melle’s family added: “We know that everyone is suffering due to this pandemic but we are asking you to open your kind hearts and be as generous as you can to help us raise funds for our dearest, brave Melle. If you can help out in any way, your contributions will make such a difference. Please share this with anyone and everyone who might wish to contribute to this most worthy of causes.